Sam and Fuzzy and Trevor, Pt. 3 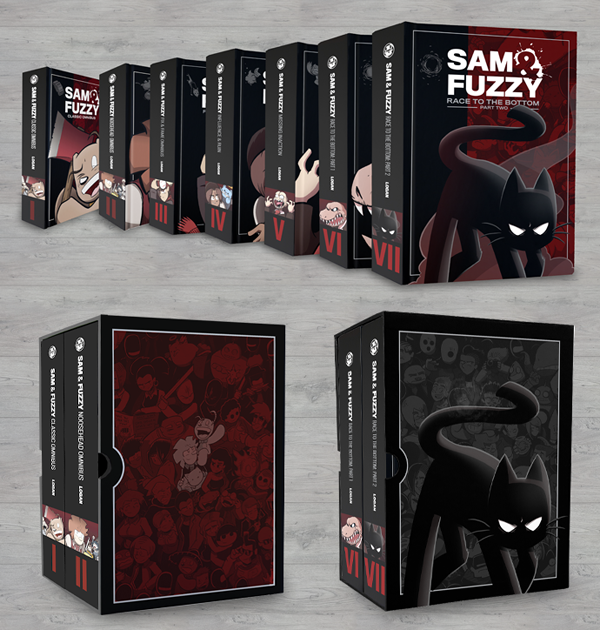 As I've been working on these final books, I couldn't help but start reflecting back on the series, and how it all began. I guess you could say I'm feeling a little nostalgic! So this week, as a special little feature to celebrate the completion of the series in print, I thought it might be fun to roll back the clock all the way to the Classic era and do some good-old-fashioned, old school Sam and Fuzzy and Trevor comics. That's right! I'm shooting for a really accurate, authentic feel with these. It's gonna be classic Sam and Fuzzy and Trevor, exactly like you remember them. I hope you enjoy it!

Speaking of those new books... the Sam and Fuzzy Vol 6 and 7 kickstarter is going so well! We've already added a ton of stretch goal additions. And now, we're only a stone's throw away from biggest one yet: making these awesome slipcases for all the Hardcover Book 6 and 7 sets! 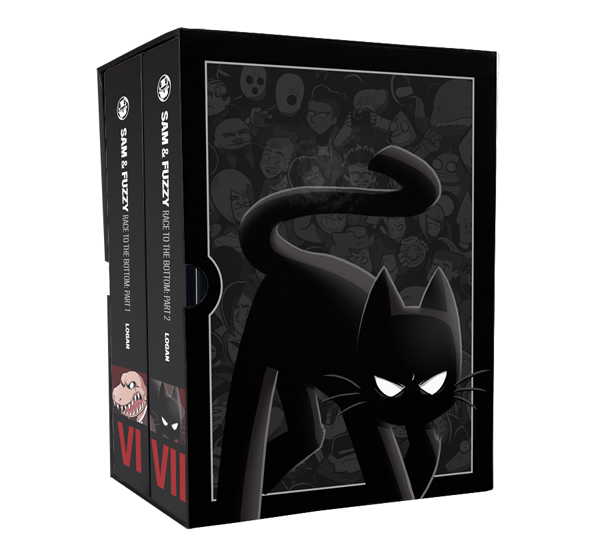 I'm so blown away by how quickly you all blasted through these stretch goals. I honestly never expected it to happen this fast! But as always, I'll keep converting your extra support into more rad enhancements to the books. I'm looking forward to announcing more potential stretch goal additions soon. (I know, in particular, that a lot of you would really like to see a slipcase for Hardcover 3-5 as well, so I'm looking into ways to make that happen!)