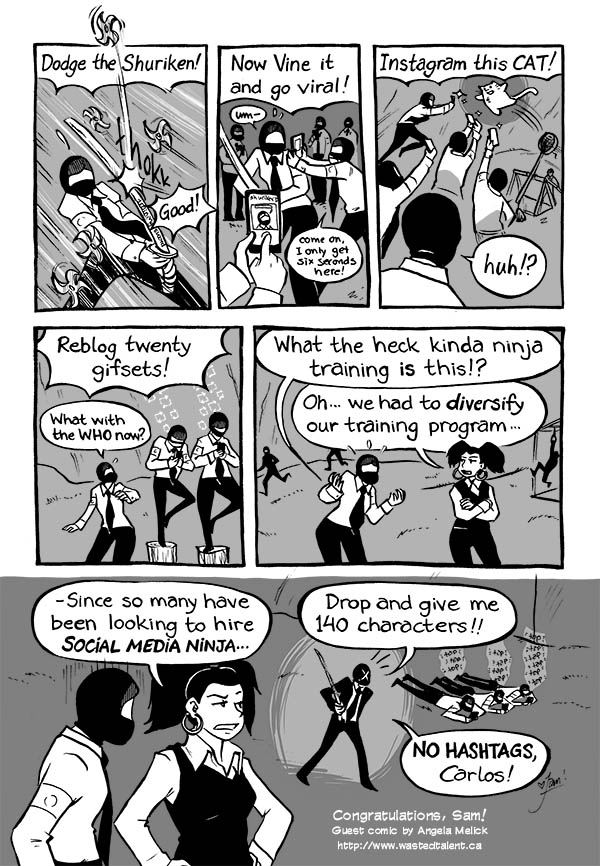 O-GAWD continues with a cautionary tale from Wasted Talent's uber-talented Angela Melick. Thanks to Gertrude's efforts, it would appear the market for social ninjas has been flooded. (The Guru Mafia and Maven Mafia have also been busy.)

We return tomorrow with another guest strip. See you then!