Once upon a time, in the dark ages of the comic, I thought it would be fun to do a series of "alternate universe" Sam and Fuzzy stories! I never finished any of them, but the infamous "grim and gritty" Sam and Fuzzy you may have seen before was one of the concepts. Well, so was this one! Although, truth be told, I never actually fleshed the idea out all that thoroughly. Hard to believe, right? There's so much meat there!

The real new volume of Sam and Fuzzy starts on Monday! See you then, team. 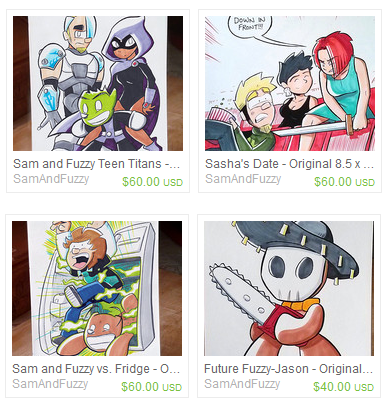