As promised, I posted a big update on our Kickstarter about The Underground RPG's jobs system!

Sam and Fuzzy is filled with strange, outrageous, and criminal careers -- Ninja Mafiosos, pop stars, gangster gerbils, evil executives, cyborg enforcers -- and we've made sure to represent them all in our game, as well. But it's also about "normal" people being sucked into extraordinary circumstances. So we've also included a plenty of seemingly "ordinary" careers with unexpectedly useful powers and skills.

You can head over to the Kickstarter site to check it all out. I think it's some pretty cool stuff! But if nothing else, the jobs section is also providing me with a fun excuse to draw portraits of a million different characters from throughout Sam and Fuzzy history! Click here to view the full article and big pictures!

I also decided to marker colour one of the big originals we have available as a high end tier. This huge 11x14 party scene is up for grabs in our "ORIGINAL PRINT ART" tier, if anyone is interested! 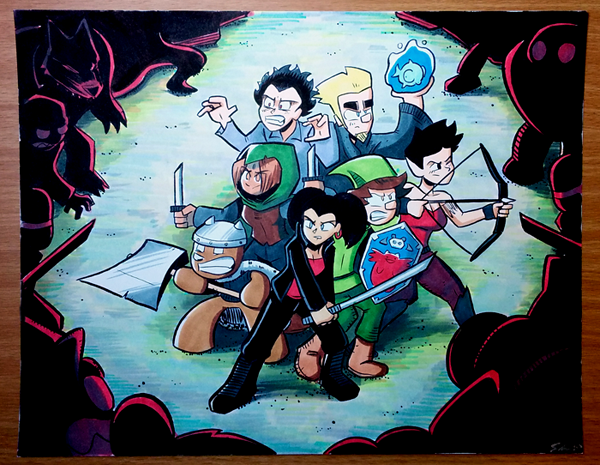 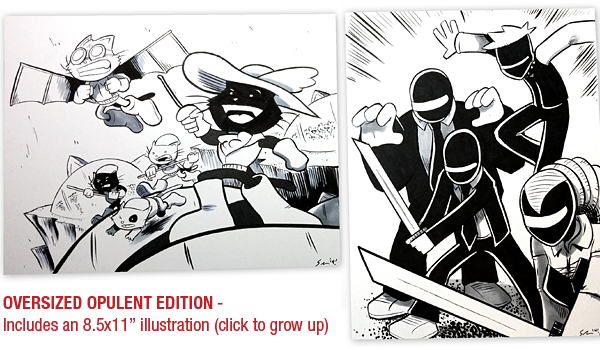 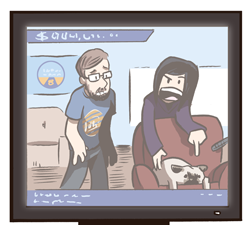