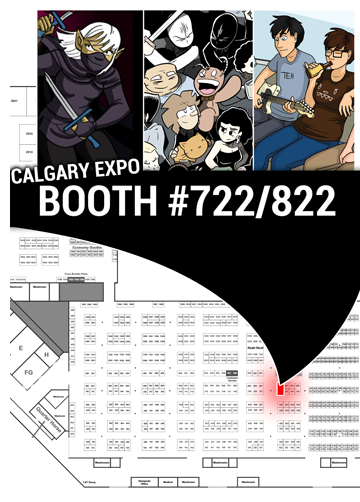 Today's comic was a lot of fun to draw! If you're going to montage, montage hard.

I'm currently making the trek to Calgary for Calgary Expo, which starts tomorrow! If you're going to be at the show, you absolutely must visit myself, Jeph, and Alina at booth#722/822. I'll be signing and drawing all four days of the show... and a pretty colossal assortment of Sam and Fuzzy swag will be available as well! 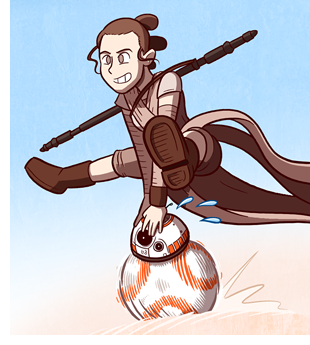 I've got a little something extra to share today, friends... the first of this month's two bonus art pieces, as voted for by Patreon backers! I got a lot of votes for Rey and BB-8 this time, which gave me the perfect excuse to draw an idea I've had kicking in the back of my head for a while. You can see the full piece over on Patreon!

I'm going to be at Calgary Expo later this week, so today I'm busy getting ready for the show. But worry not... brand new Sam and Fuzzy comics will keep arriving on the usual schedule while I'm gone. In fact, an extra-long (and kinda cool-looking) comic will be arriving on Wednesday! See you then.