The end is nigh, friends... the end of the new Sam and Fuzzy Kickstarter! You have until 7pm pacific time today to back the project and nab yourself any of our new softcover and hardcover book collections. (Or any of the old ones as well, for that matter!)

Starting at 5pm today, I'll be streaming and drawing on Twitch as we count down the last two hours of the campaign. We'll see where this crazy ride takes us!

And we'll be back here on Friday, of course, for a pretty killer new comic. See you then!

Three days remain of the new Sam and Fuzzy book Kickstarter! For those just tuning in, this campaign is your chance to get my latest softcover book, or a brand new three-hardcover collection of the entire "new" Sam and Fuzzy series so far. (IE: All the comics I've made since the ones in the original hardcover omnibus I kickstarted back in 2013.)

And it's also our chance to transform your support into cool extras and other bonuses for the project! Our sixth stretch goal -- an extra print in our "Gilded" Bonus Pack -- was conqured over the weekend. And we're already half way to our seventh: adding a bonus chapter of excerpts from Malcolm's conspiracy blog to the book. I am not sure how many cool bonuses and enhancements we'll be able to add before the campaign ends, but I guess we'll soon find out! We're getting a lot of support for this project, which is both tremendously exciting and very touching. 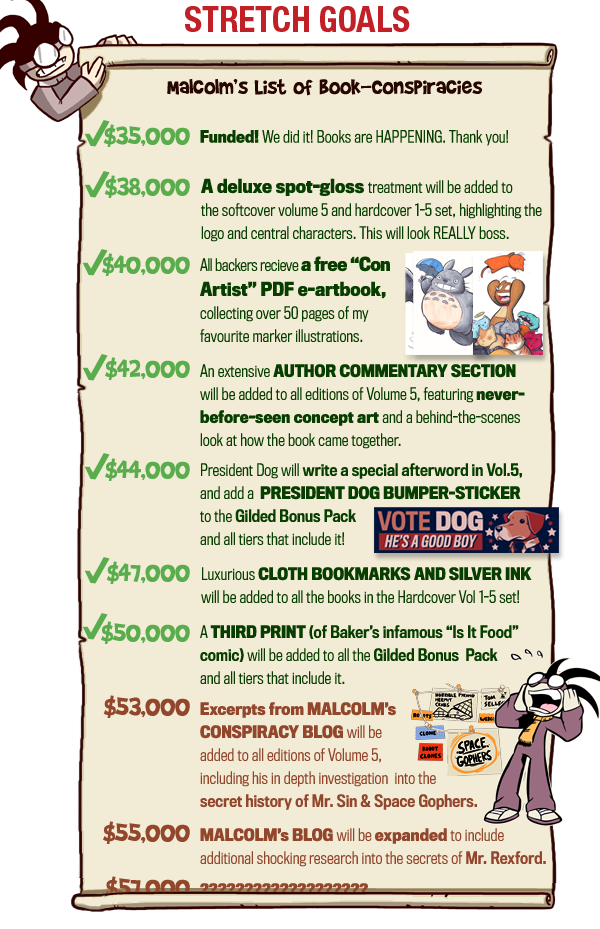 Our next comic arrives on Wednesday... the last day of the campaign! (It ends at 7pm pacific time.) See you then, friends!