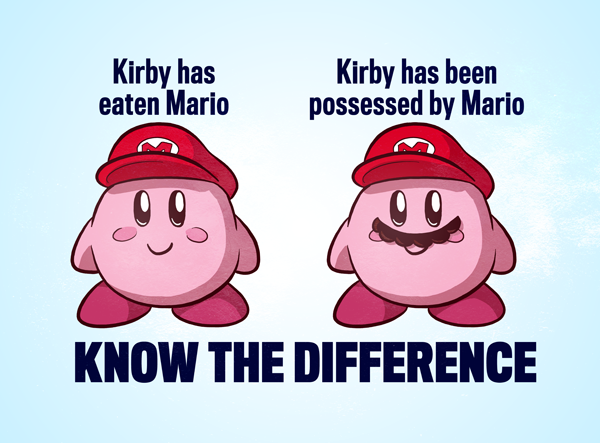 I mean, what were you expecting to find down there? Lab Lab?

Hey... anyone out there going to Anime Expo in LA next week? Because for the first time ever, I am! I've heard good things. I hope to see lots of you there, meet lots of cool folks, and you know... anime some anime. As you do.

Our next comic arrives Wednesday! See you then, team.

Sam and Fuzzy Q & A:  E3 Edition
Got a question you want answered? Just drop me an email with "Q & A" in the subject line!

Ha! The later, I guess. Maybe they all read the same combination fashion-tips-and-conspiracy-theories blog? (Heck, maybe that blog is Malcolm's.)

In seriousness, I just needed a conspiracy theorist resident of Sub Newport, and since it couldn't actually be Malcolm himself, I thought it would be kind of funny if she looked like him. That's all. Just a little joke! No big, deep, game-changing secret meaning. Honest. Really. Everyone move along. NOTHING TO SEE HERE.

"Did you ever play Fire Emblem or Advance Wars? (Did you see that Chucklefish has a game in the works for PC & Switch that is basically new age FE/AW with a map and overworld editor? I'm pretty stoked for
it, they even showed head to head play on a livestream a while back too!)

Turn based strategy is a big genre for me... do you think you'd ever work on a turn based Sam and Fuzzy RPG? Especially with the characters of the Underground, fighting giant turf wars could be fun with the
different factions troops! 'Hero' Characters could be people we know from the main comics!" -Noah

I've played a little of Advance Wars, and a bit of some stuff like the old StarCraft and WarCraft, but it's not a genre I've spent a lot of time with. I agree, though, that it wouldn't be a bad fit for Sam and Fuzzy! The comic has a lot of rival factions that could provide the appopriate canon fodder.

I think, though, if a Sam and Fuzzy game ever got made, it would most likely be a visual novel... since that's a thing I actually know how to make myself! (I wouldn't count on me having time to do so but you never know.)

Speaking of which, did you know there's a pretty cool fan-made visual novel, created by longtime reader and forum mod Kelso? It's over on Newgrounds! (It take a little while to load.)

"Is Brain's mind-reading ability limited by the fallibility of memory? We know his own supernatural mind wipes destroy memories irretrievably, but what if a person has simply forgotten something (for example, a Committee member who couldn't recite their code from memory), or even remembers things incorrectly? Or if they've repressed a memory? Is Brain able to access some sort of 'objective memory' of everything a person has experienced, the way it actually happened, or is the information he pulls essentially only as reliable as eyewitness testimony?" -Josh

Interesting question! Brain's mind-reading abilities only let him find out what a person thinks they know. If a memory is just repressed, he might be able to dig it out, but if the person has actually forgotten something entirely, then Brain isn't going to be able to find it. And yes, if a person very confidently remembers something incorrectly, that incorrect memory is what Brain is going to see. He wouldn't be able to tell it was inaccurate. (Unless it contradicts something he learned from other people.)

That's a wrap for this week. See you on Monday, when our next comic arrives!