Gertrude and Sam's relationship has been a little fraught since Sam took over the Ninja Mafia. The last time they worked together was in Off the Sauce -- the big "burlesque heist" storyline, and a personal favourite of mine! 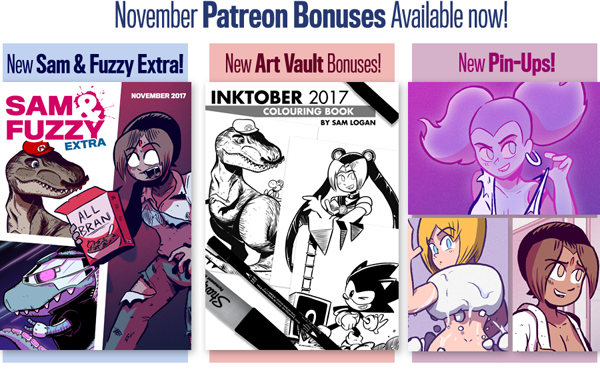