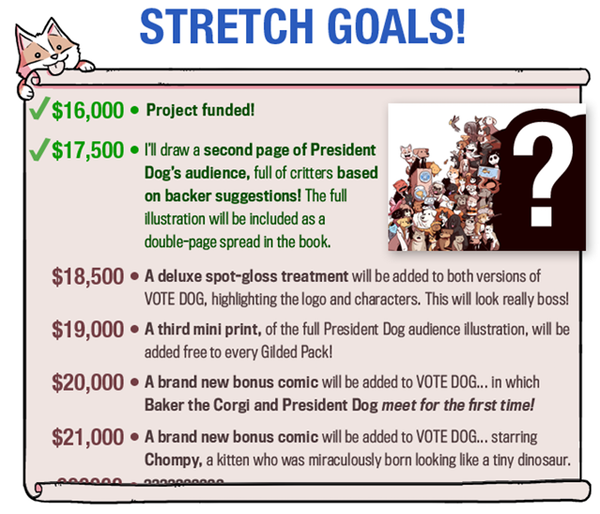 16 years making webcomics, and it finally happened: I drew a comic with pee in it. But only a little! So our relative class level is still pretty high, I think.

As I type this, the VOTE DOG Kickstarter is a mere 2% away from funding, with one week of the campaign left to go! I wonder who will be the one to push it over the edge? In any case, if you were thinking of backing and haven't yet, it's the perfect time to throw your support behind Baker, Butcher, President Dog and company!

And of course, in addition to VOTE DOG itself, the VOTE DOG Kickstarter can also be utilized to nab Sam and Fuzzy books, some of our t-shirts, a special VOTE DOG pin, and/or and custom art commissions... be they pet portraits, Sam and Fuzzy pieces or pin-ups, or any other sort of thing! It all helps contribute towards the VOTE DOG project and any stretch goal bonuses we are able to pull off! (So thank you!)