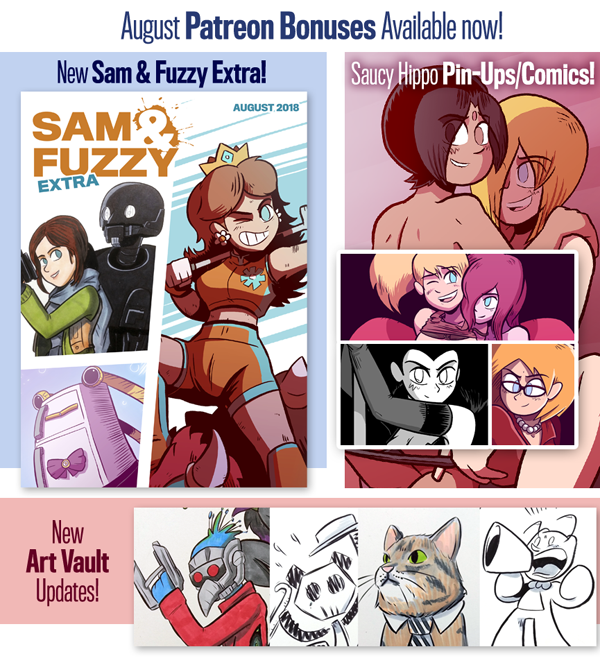 "Did exposure to Brain turn Hazel's hair white? Does she have that rapid aging condition? Has she been working with Brain for decades, but he's altered her memory so frequently that she still has the mentality if a 20-something?" -Colin

There's no particularly unusual reason for Hazel's hair changing colour. It's just to show that time is passing! (It's hard to tell in a black and white comic, but in addition to it going white, at some point she also started dying it interesting colours... that's why it's often a light blonde, blue, or silver in the rare occassional colour Hazel art.)

Hazel and Brain worked together for a long time! As we've just seen, they spent a lot of time together before they even met Eric. And the period in which they worked with Eric was nearly two decades ago... the three of them worked with Mr. Sin on the original Buddy Bot project, and that was referred to as being 10 or 15 years ago in comics that are now themselves several years in the past. Obtaining all the codes has been a very long and time-consuming process!

One last note: Hazel started keeping journals after what happened to Eric, just in case Brain might be altering her memories. So, you're not the only one considering that posibility.

"I notice that Hazel very unceremoniously acquired her trademark goggles during last week's mind-stealing montage. Which led me to ask the question: uh, what exactly do her goggles, you know... do, exactly? Their rather blunt appearance implies that they don't have a particular sentimental value, so if they don't actually serve a purpose, why wear them at all? Like, are they literally just something she randomly decided to wear? Or do they actually do anything useful (beyond make it hard to tell what her eyes actually look like)?" -Dawson

The goggles do nothing!

Seriously though, I got a few questions from this, including some from folks speculating they were some kind of protection from Brain. But the truth is, they are just part of the outlandish costume she gradually assembled to make herself a recognizable costumed superthief. As we've seen a bit in this and other stories, Hazel's got a big ego about her professional reputation. Like she said during her first appearance... when she steals something, she wants people to know it's her who did it! (Er, most of the time, anyway.)

I gave Hazel goggles for absolutely no reason other than thinking it made her look neat, so it seems fitting that she would feel the same way. Ha!

"Ok, you had to know this one was coming! I thought this was when Brain got Rexford's code? Why else were they getting his tooth back? Give me back my assumed canon!" -James

It was not, actually! By that point, Rexford had employed Hazel numerous times. He was a regular client. That's why he acts so familiar with her, and also why he was so furious to learn she had double-crossed him, after all their years of working together! (Of course, he's probably conveniently been made to "forgot" any previous betrayals.)

The scene we saw in Wednesday's comic is the first time Hazel was left alone with Rex, years earlier, so it's the moment Brain first got Rexford's code. But since then, she and Brain have had multiple opportunities to take a crack at his noggin full of secrets. The hunt for the codes spanned multiple decades... continuously taking new jobs from members like Rex allowed them to get the latest updates on the state of the Committee, and learn new tidbits that might help lead them to other members. (And, you know, to make some of that sweet, sweet dino cash!)

That's a wrap for this week. Come back on Monday for our next comic! 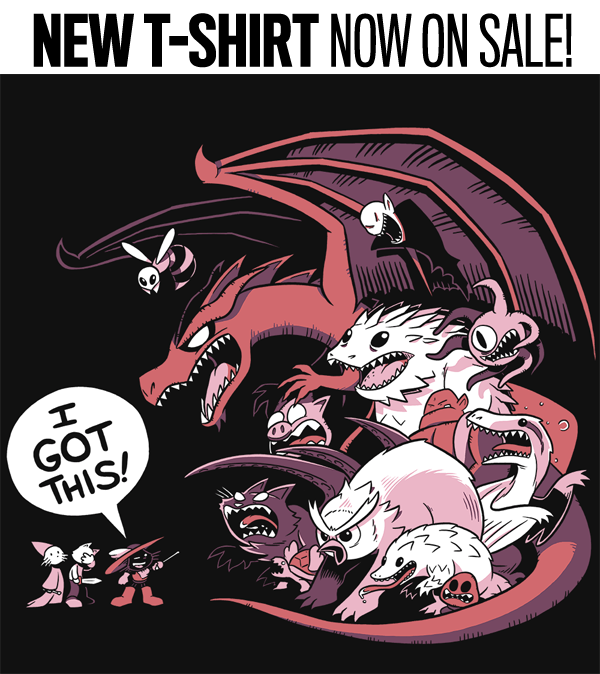 Our look back into the earlier days of Hazel and Brain's partnership continues today. (Bonus note: As you may recall, even when Brain finally did tell Hazel what kind of creature he really was, he was still cagey about his age.)

We return on Friday, with a new comic and the return of our Q and A feature! If you've got a question you'd like me to answer, just pop it in an email with "Q and A" in the subject line. See you then!