Sam and Fuzzy Q & A:  Personality Edition
Got a question you want answered? Just drop me an email with "Q & A" in the subject line!

"As a writer, I'm curious: How much do you pre-plan a character's personality before they appear in the comic? Do you try to 'figure them out' entirely beforehand, or do you just throw them into the mix and discover 'who they are' by writing them in action?" -Dan

This is a fun question!

In the early days of the comic, when I was generally making up everything as I went along, I definitely was of the "find out by doing" school of thought. A lot of the early supporting cast -- like Lance, Ackerman, Alexa, or Andrea -- were only really broad-strokes one-note ideas when they were introduced, and got fleshed out as I wrote more appearances for them.

Since the comic became really story driven, though, things have been a little different! Generally speaking, any character who gets introduced was created to serve a specific purpose in the story. I need to figure out exactly who they are and what their deal is, because it has to mesh with the role they'll be playing and the choices they need to make to drive the story!

That said, even when I know everything about a character's history, backstory, and future role in the story, I still sometimes "discover" things while writing them that cause them to change a bit from what I originally imagined. The biggest example of this that I can think of is Hazel! Although I knew plenty about her history, motives, and secrets... I originally imagined her obsession with her mission manifesting as a spacey and hyperactive streak. You can see a bit of this in her first appearance, but it's a quality she loses pretty quickly.  Maybe Hazel was a little more carefree and lighthearted when she was working with Eric!

"I started reading Sam and Fuzzy back in 2011, and quickly devoured the archive. In some of your old newsposts from the early 2000s, I found many references to a show called FLCL, and only recently found  out it was an anime. I found it on a streaming service I was subscribed to and thought, "Oh, yeah, I'll give it a try!" I didn't know what I was in for.

After watching it, I have only two questions for you. What on Earth did I just watch?! And, if you've watched it recently, how does it hold up?" -Kyle

I still love FLCL! It's definitely indulgently experimental, but that's part of it's charm. And I think a surprising amount of those indulgent experiments actually serve it's story and theme. The anarchic, rock-and-roll vibe works great for a coming-of-age story with a really strong sense of time and place. And of course, the music is great. (I have been a big Pillows fan ever since.)

I think it's reputation as being confusing is a little overblown... it certainly starts that way, but by the end, it spells it all out. (Maybe even a little too much, haha!) The only thing about it that I think has aged really poorly is some of the especially male-gazey imagery of one of the teen characters. I'm not inherently opposed to the idea of sexy cartoons -- er, obviously -- but it creeps me out when the characters are not adults!

I tried watching a bit of the sequel series that came out this year, but it just didn't really do it for me... it just kinda felt like a weird rehash of the original. Nothing against the folks who worked on it, but the appeal of the original series -- at least for me -- was how unique and unpredictable it was! I feel if something was trying to be a true successor to the spirit of FLCL, it would need to be almost nothing like it.

"Will you ever make another t-shirt that actually has Sam or Fuzzy on it? Or is it dogs all the way down now?" -Tim

I might! These days, I generally come up with the jokes for the shirts first, and then just pick the characters I think will work best for it. That's how we wound up with Alphonso on the "I Got This" shirt, years and years after his most substantial appearances. It just felt like the idea was made for him!

We return on Friday with a new comic and a new round of Q&A! (As always, if you've got a question you'd like answered, just pop it in an email with "Q and A" in the subject line!)

I have heard the official word: our BIG SALE on S&F Omnibuses and Vote Dog books ends on Monday, July 8th! So, if you'd like to score some Sam and Fuzzy (or Vote Dog) books at their lowest ever prices... you've got six more days!

It's that time of year again. Happy Canada Day, from me, Mac, and Dipper! 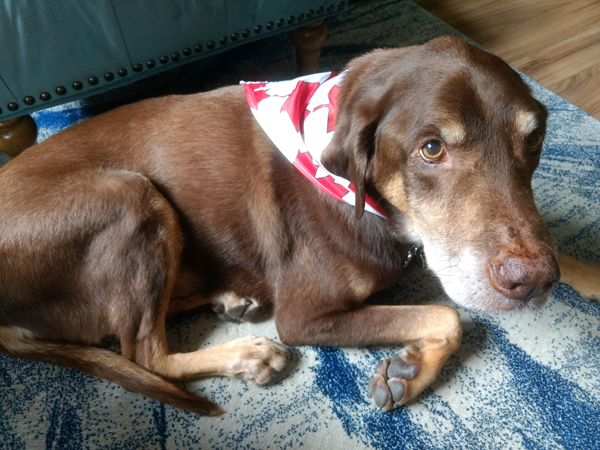 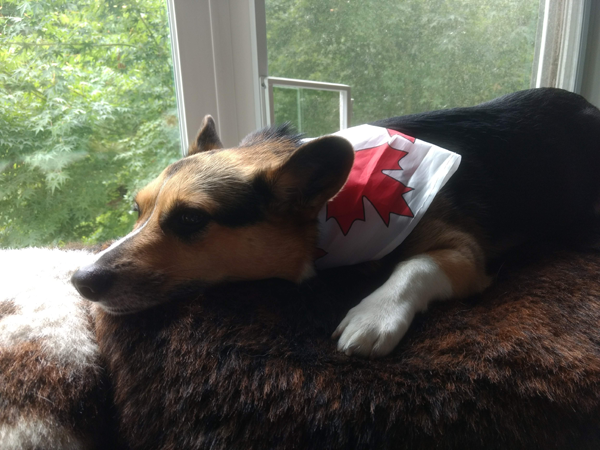