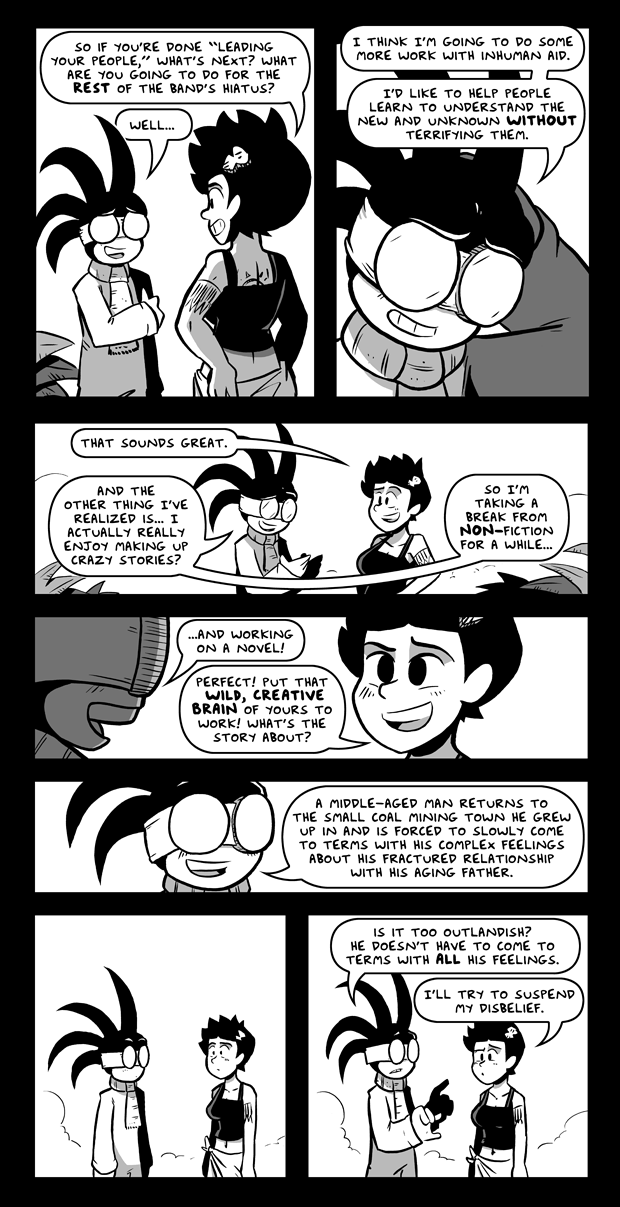 Sam & Fuzzy: The Final Book Kickstarter launches on Wednesday at 9am Pacific!

The time is almost here, friends! The Kickstarter for Volume 6 and 7 of Sam and Fuzzy -- aka Race to the Bottom Part 1 and 2 -- will launch on Wednesday, at 9am pacific time.

I'm so excited! These are the final Sam and Fuzzy books, after all, and we only get to do this once! I hope, with your help, we can make them as special as possible.

See you on Wednesday for the launch! (As well as a new comic, of course.)