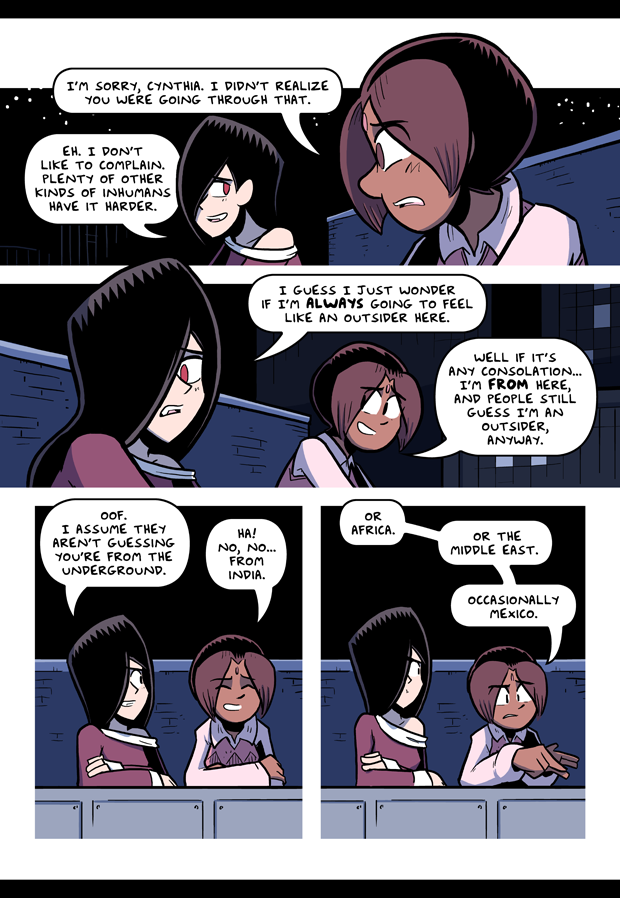 Another month's worth of bonus content is available now on my Patreon-- including a bunch of fun bonus fan art and comic making-of features on the S&F Extra tier, and new marker illustrations on the Art Vault tier!  And for fans of spicy stuff, the Saucy Hippo tier (18+) has new pages of our nsfw Gert's Gambit story, as well as alternate nsfw versions of Bats On, Bats Off's extremely goofy nudist jazz club scene. 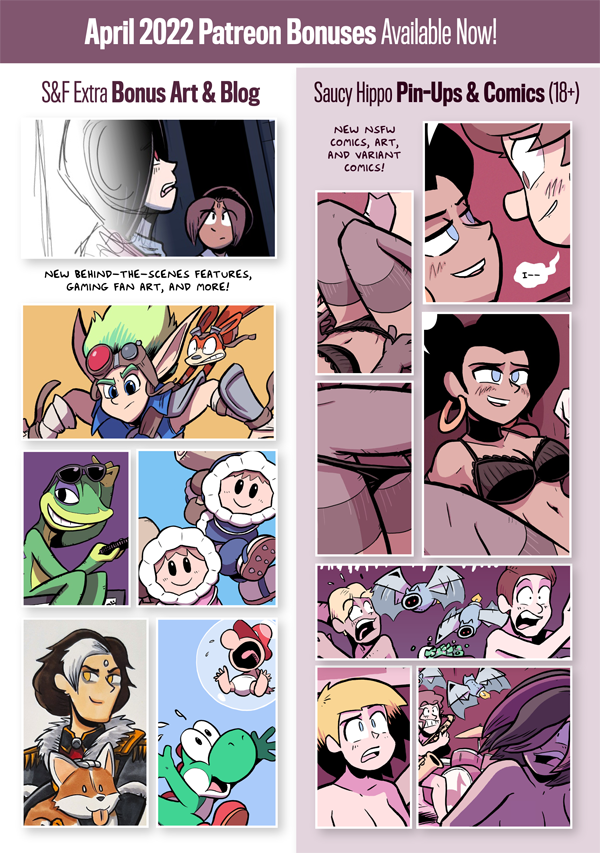 It's Sonic weekend! I hear if Sonic sees his Shadow on Sonic day, that means six more weeks of chaos.