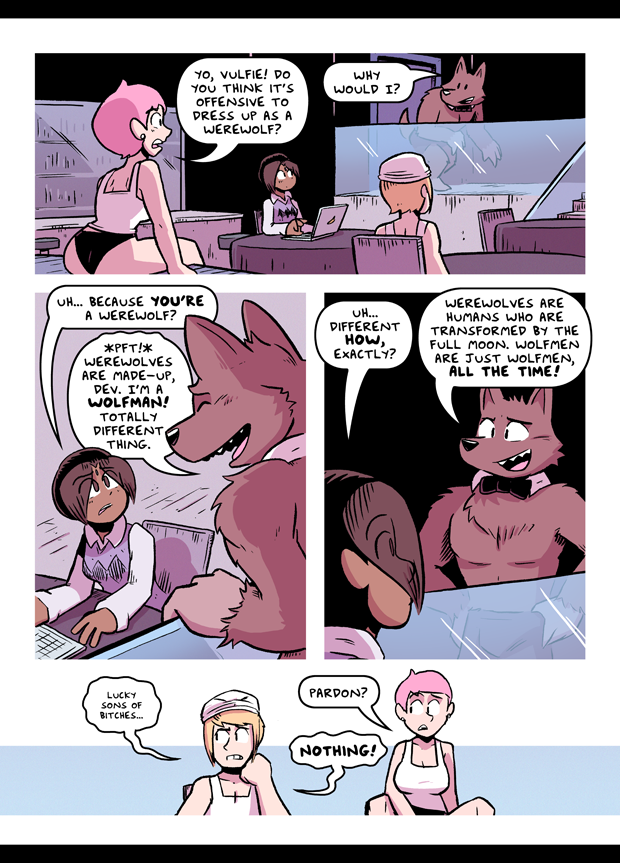 Our latest story began its life as a pair of (lightly) nsfw gag strips that I drew for Patreon last month. They wound up inspiring me to write a whole mini story exploring the implications of inhuman halloween costumes, so by gosh, that's exactly what I did. I hope you enjoy it!

Come back on Wednesday for part two. See you then!

I hope today's comic didn't scare you, friends! That's actually just Baker in the comic. It's not an actual loaf of bread.

See you next week, team, when I shall return with more spooky nonsense. Cheers! 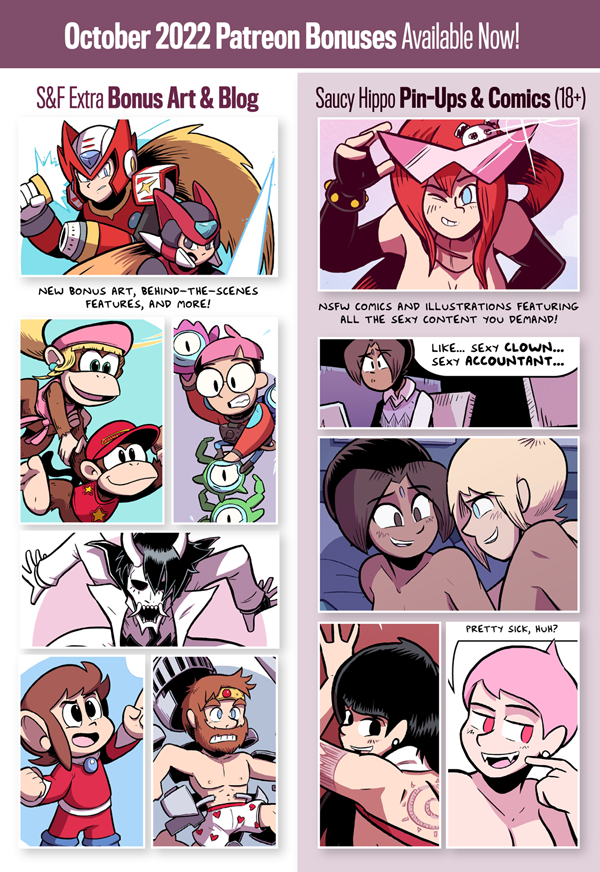