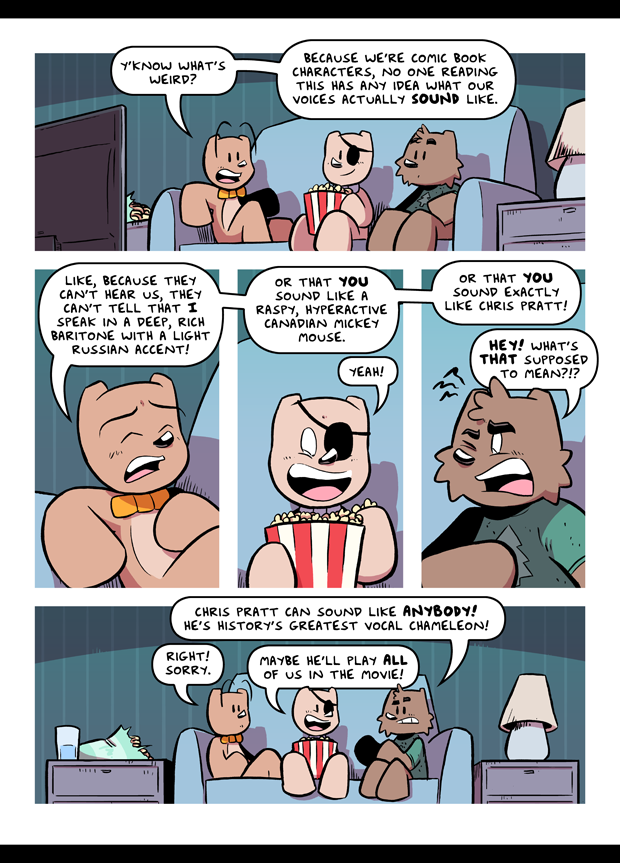 Wait, by my own previously established rules, shouldn't that be Kris Prath, or something like that? Oh well.

Today's comic features the trio of Fuzzy, Bonus and Trevor... previously seen together here, here, and here! They just seemed like the right team for this particular gag. What voices do YOU imagine them having?