Looks like I'm starting to get the traditional rush of pre-Christmas commission requests! If you're looking to get someone an original drawing for a gift, now is the time to let me know. (ie: The time where I am not yet too busy to take on any more.)

You can see some samples of my commission work on my tumblr and my somewhat out-of-date deviantart page. As you can see, I've done everything from Sam and Fuzzy-related art to dinosaur petting zoo murals to drawings of people's friends dressed up as obscure Dark Souls characters. If there's something you'd like me to draw, just drop me an email with your ideas and I'd be happy to give you some options and quotes. 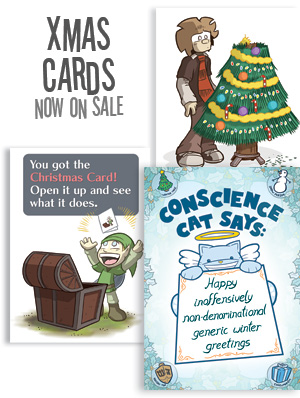