An ongoing anthology series of brand new stories from the creator of Sam and Fuzzy! Some are set in the S&F universe and some aren't. 100% new reader friendly! 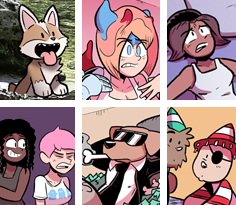 Want to read a giant, complete story 15 years in the making? All three series of the Sam & Fuzzy saga are available to read online, in print, or in ebook form!

The third and final Sam and Fuzzy series. 100% new reader friendly! Most readers start here! (But scroll down to the older Classic and Noosehead series if you want to start at the very beginning.) 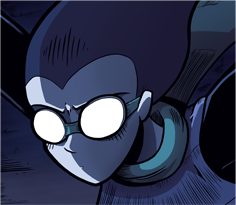 Volume One Sam and Fuzzy Fix Your Problem

Troubled by ninja mafiosos? Gangster gerbils? Vampire stalkers? Don't worry! Sam and Fuzzy can fix your problem. Now, if only someone could fix theirs... 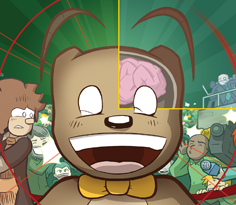 Sam and Fuzzy used to be cool, back before they got popular. But now, the spectre of celebrity threatens to tear the duo apart. 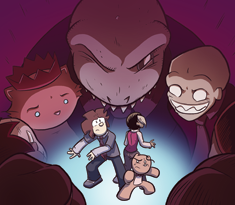 Volume Three Under the Influence

Fuzzy needs help, and a shadowy cabal of powerful criminals can provide it. But is he willing to let Sam pay the price? 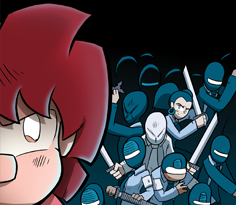 Have you ever done a bad thing for a good reason? A new era of well-intentioned criminality begins here! 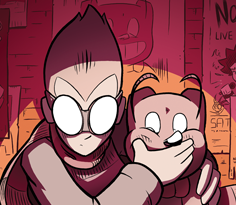 Sam's empire is struggling. His criminal cohorts have it in for him. And his favourite frenemy has been abducted! Is he finally spread too thin? 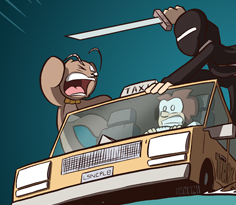 Take a trip back to the Classic era and learn some startling secrets in this revealing flashback story! (This story is included in our Volume 6 books and ebooks.) 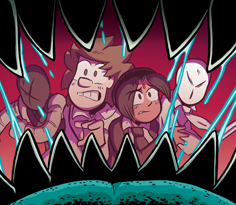 Volume Six Sam and Fuzzy Race to the Bottom Pt. 1

The epic finale of Sam and Fuzzy begins here! Plays are made. Mysteries are solved. And things are set into motion that will change the S&F universe as we know it... forever. 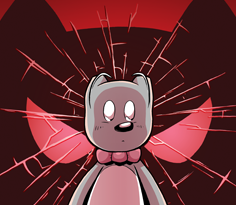 Volume Seven Sam and Fuzzy Race to the Bottom Pt. 2

The series finale reaches its earth-shattering conclusion. Witness the end to a story 15 years in the making!

What happens when the world's most famous hardcore heavy metal vocalist decides he'd rather sing about kittens than corpses? And what does he have to do with our titular duo, anyway? A tale of action, romance, comedy, tragedy, and ninjas. 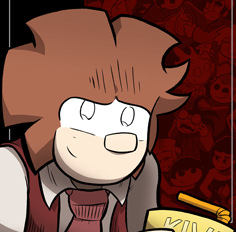 Volume One The band

(All three volumes are collected in the Classic Omnibus book and ebook.) 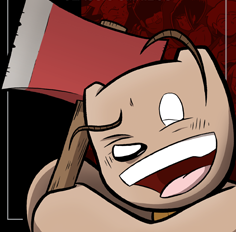 Volume One Taxi-Cab of Dreams

(All three volumes are collected in the Classic Omnibus book and ebook.) 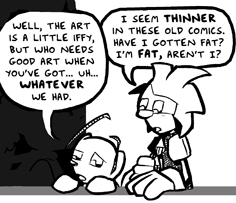 The first Sam and Fuzzy strips are a little rough around the edges, but are not without their hardcore advocates. This is not the best place for new readers to start, but if you have enjoyed the rest of the archive, dive in here to see the comic's awkward-yet-lovable adolescence.

(Volume Zero is collected as a bonus feature in the Classic Omnibus book and ebook.)