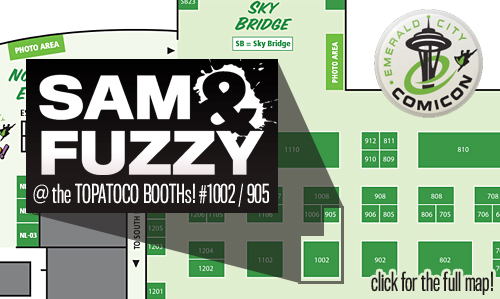 It is New Character Week over at Skull Panda, apparently! I am not entirely sure what that means.

It's also almost Emerald City Comic-Con time! The show starts this Friday, and as usual, I will be hanging out at the Topatoco booth. Hope to see a lot of you there, Seattle-ites!

And just a note: I am down to my last couple of Sketch-Off originals. If you want to pick one up, just pop into the gallery and see what's left!