We are in the final 7 days of the Sam and Fuzzy Omnibus kickstarter! My backers (who, typical of Sam and Fuzzy readers, are about the nicest bunch of fans a cartoonist could ask for,) suggested some pretty awesome, ambitious stretch goals and have been pushing hard to realize 'em. So I'm going to keep doing my part in the only way my cartoonist brain knows how... by drawing cool things to sell! 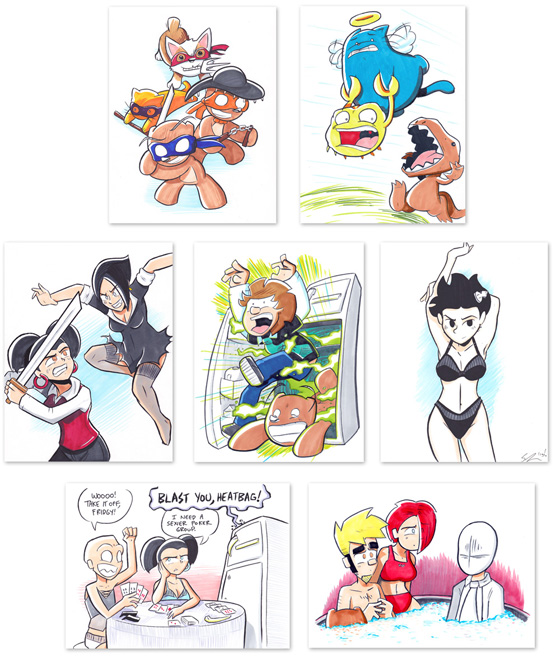 So on Thursday (tomorrow), starting at 12 noon pacific time, I'm going to go ahead and draw a bunch of marker drawings using the chart, Sketch-Off style! You can watch me draw them on livestream, or just see me post the finished ones on twitter. And if anyone sees one they'd like to own, they can pledge the Commissioner of Fate tier and then request that drawing be their commission!

I'm not sure how many I can do (these drawings are a lot more complicated than my usual sketch-off fare), but I GUESS WE'LL FIND OUT!

The other original art news is I've added one more oversized original art tier. It's the back cover art for the Classic Omnibus, and it's a huge 11 x 17 piece that looks like THIS: 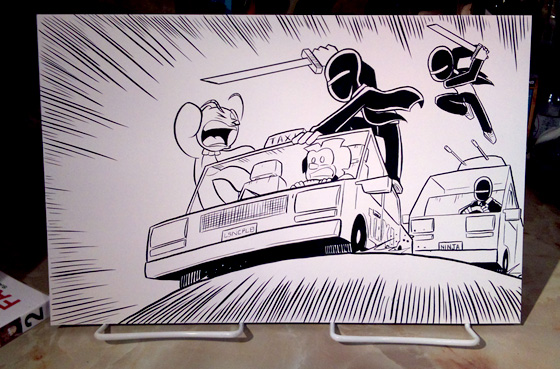 If you'd like to get it, you can nab it via the CLASSIC COLLECTOR tier.

All right! I know this is all a little more complicated than the way I usually sell my originals, but I really want to do my part to work towards that friggin' slipcase. Charge! 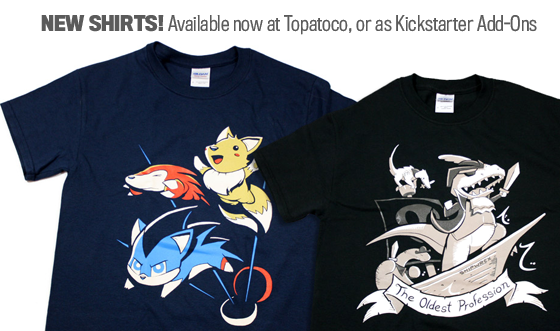