Apologies for the lack of a newspost on Monday. I... am not actually sure what happened there. I did write one! It just seems to have gotten lost somewhere on the way to the internet. But rest assured: despite the lack of news postage, I survived my trip to Portland and made it home relatively intact.

It's been a bit of a scramble to get ready for another con so soon after Rose City, but I think I'm now sufficiently prepped to tackle my last convention of the year: Edmonton Expo! Alina and I hope to see lots of you there, Edmontonians.

After that, I'll be back home for the rest of the year, ready to put the finishing touches on some fun surprises for the winter. I'm looking forward to sharing them all with you soon. 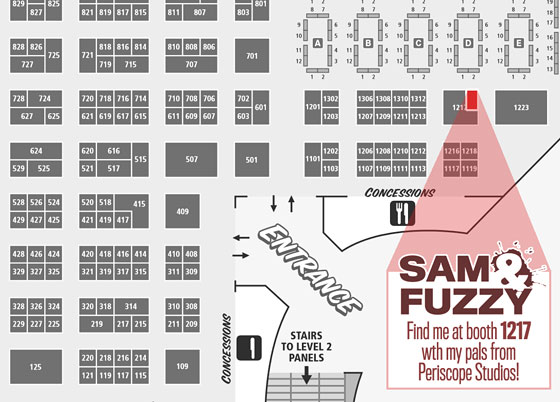