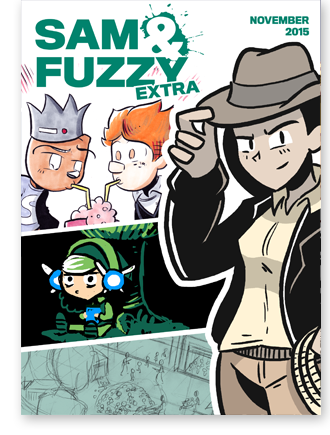 It's that time again, my friends. Time... for new t-shirts! 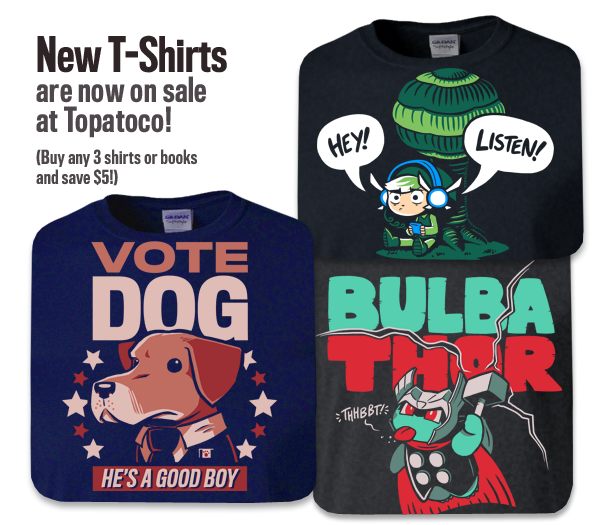 VOTE DOG is inspired by Bonus' Pretty Puppy President. Hilariously, it wound up arriving when half the Puppy President strips I've made haven't even run on the site yet! (They were pushed back by the unexpectedly long Sin's Gambit chapter, and then interupted by the Halloween strip.) But I had a ton of fun doing these comics, and a Puppy President shirt felt basically mandatory.

I've been selling BULBATHOR postcards and posters at conventions for the last year, but everyone kept asking "When are you going to make that a shirt?" The answer is NOW! Now it's a shirt! Sorry it took a year.

And finally, HEY! LISTEN! is based on an idea I came up with while sketching at this year's Rose City Comic-con. Somewhere in Portland, someone has an original drawing of what essentially became the draft version of this shirt.

I hope you guys dig these suckers! It's been a long time since I've launched three shirts at once... but because the next book isn't going to be coming out until early next year, I wanted to make sure I still had lots of cool swag for the rest of 2015.

We return on Wednesday, when the saga of Pretty Puppy President continues. See you then!