Hi, team. Guess what? I left my phone on the bus last night and spent all evening (and failing) to retrieve it before it got put in the transit office lost and found and locked up until they re-open after the holidays on the 27th. Argh!

Anyway long story short, I didn't get a chance to write today's Q and A feature. But here's a comic! Come back on Monday for more stuff. 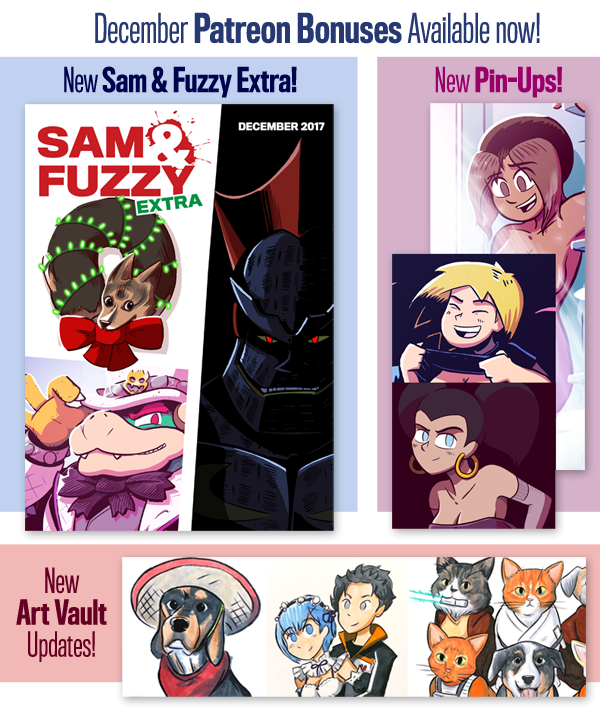