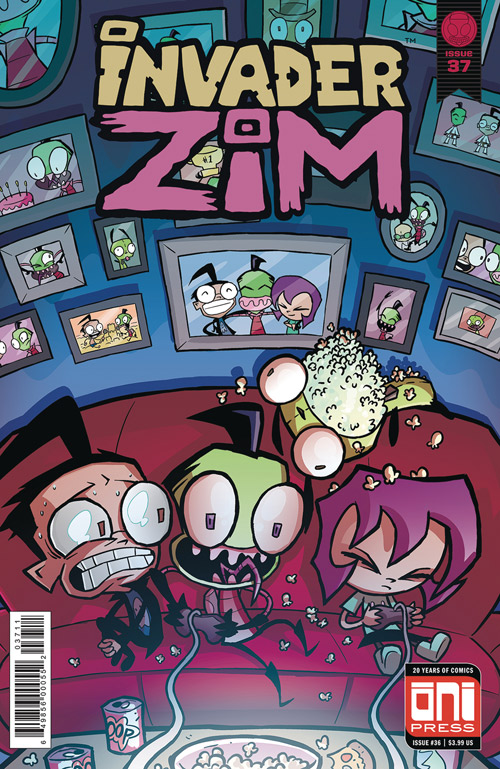 Sam and Fuzzy Q & A:  Sick Elephant Edition
Got a question you want answered? Just drop me an email with "Q & A" in the subject line!

"Was Mr Tusks' dialog [in Monday's comic] a quiet nod to Wondermark's extraordinarily long-running gag, or did Malki put you up to it somehow?" -Dean

For those who don't know, Malki's Wondermark comic recently featured an impossibly long running gag based around the phrase "Check out my sick elephant!" It started here, and then kept going way, way longer than anyone expected. Even me! And I'm the guy who technically came up with the phrase.

You can hear Malki tell this story towards the end of this podcast. But basically, Malki and I had just flown into Indianapolis for Gen Con. It was like 11:30 at night, and Malki was trying to decide if he wanted to try and make a comic before bed. As a joke, told him I had a really good idea he could use, and then proceded to just make up some garbage on the spot.

"OK," I said. "So in panel one, a guy is sitting on an elephant. And he says... 'check out my sick elephant.'" I don't even remember the rest of what I made up. It was deliberately awful and there was no actual joke.

So then Malki tried to pitch a different idea for a comic. But for whatever reason, he decided to start his pitch with the same "sick elephant" setup. We wound up going back and forth for like half an hour, coming up with a whole bunch of extremely bad sick elephant comics, before finally landing on one version we thought was actually kind of funny.  That version became the first Wondermark sick elephant comic!

But by that point, it couldn't be stopped. The entire convention, we kept pitching tons and tons of sick elephant comics. Before long, everyone in the booth was doing it. And when Malki when home after, he couldn't stop. All he could think about was the weirdly versatile phrase, and all the ways it could be spun. It wound up taking over Wondermark for several months.

I honestly can't believe all the juice Malki squeezed out of that orange. The first comic, and this one about the tombstone, are the two that I had the biggest hand in brainstorming, but most of it is just pure Malki madness. However, if you hate all those sick elephants, I guess you can blame me for putting the idea in his head.

Anyhow, I couldn't resist sneaking the phrase into Sam and Fuzzy, too! At the time, I figured I'd slip it into this Committee scene. But it took me a long time to get to it! It wound up being a very fortunate coincidence that it arrived right as Malki was ending the sick elephant saga. FATE!

"I think it's finally time I asked the big question. The elephant in the room that's been on everyone's minds' since day one.

How does Keller's mouth work?

I just can't figure it out. The robot half clearly never moves. But the jaw is connected... but he talks?? How? I just don't understand. How does he even eat???" -Lemma

It really doesn't make any sense at all. When I draw it, I think of it like a clipping error in a video game. The human half just moves totally normally, while the robot half just sits there, solid and unmoving. When I draw the inside of his mouth, I try to make it look like he has half a throat in there. It's deliberately very, very silly. I don't know how his lips can open and close. It's cartoon magic!

"Based on the map in this comic, it looks like the only port city of the four listed is somewhere within the Pacific Northwest.  Does this confirm Sam & Fuzzy’s Newport as Newport, OR?" -Dan

Newport is an imaginary coastal city in the state of Washington, somewhere south of Seattle and North of Portland. It's isn't meant to take the place of any real city... like most of the fictional cities in S&F, it's just an addition to a map that would otherwise more or less resemble our own.

A map that approximately placed S&F's major fictional cities was actually included in the Underground RPG! (Which you can buy physically here or digitally here... in addition to being a fun game, that book is full of encyclopedia-esque info about the major characters, places, and organizations of the S&F universe!) Here's a peak: