An offer you can't refuse

We kick off the week with an extra long comic! We'll be having a few unusual-length comics these next few updates, as I wanted to chop up this scene into the chunks that felt the best.

It's Gen Con week! If you're going to be at the show, I'll be hanging out with all my webcomics pals at the giant Blind Ferret booth (#1537)!

This year, I'm participating in Gen Con's Pin Bazaar! So, I'll have an exclusive, brand new Roll for Initiative pin at the booth, alongside all the other Sam and Fuzzy swag and original art you'd expect. (And we'll have a bunch of other fun pins, too!) 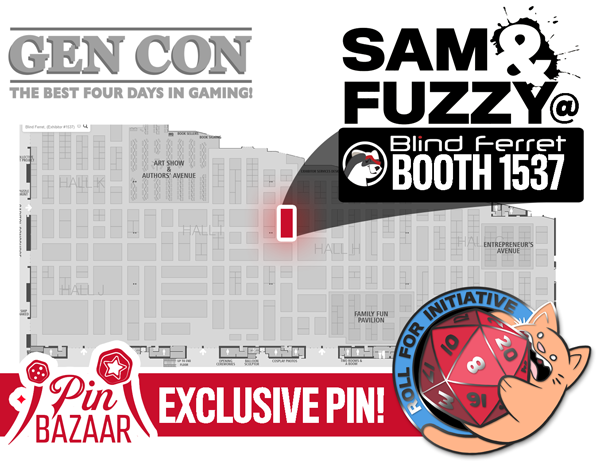 I'm busy ramping up for Gen Con next week, so I'll keep things brief here today. But come back on Monday for an extra long comic! See you then.

Brain is so helpful.

There won't be a Q and A next week, since I will be knee-deep in Gen Con prep. But there WILL be a comic! And you won't want to miss it. So come back then!