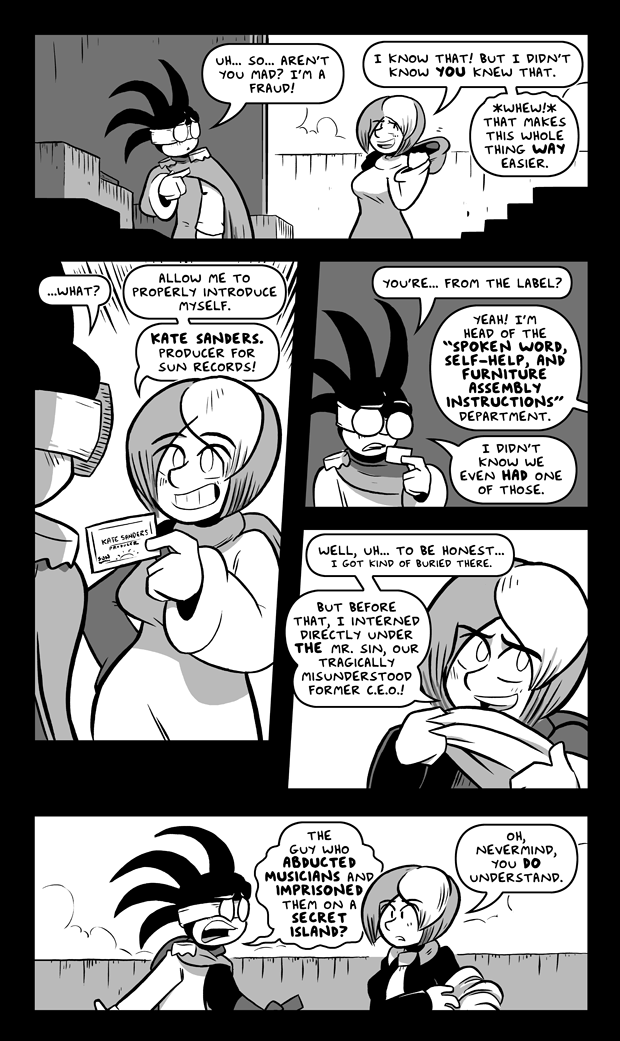 Now you know her name!

MEANWHILE: I did this fanart meme thing that was going around on the "social medias", and thought you all might enjoy seeing it here. Behold! Six drawings of six random characters. 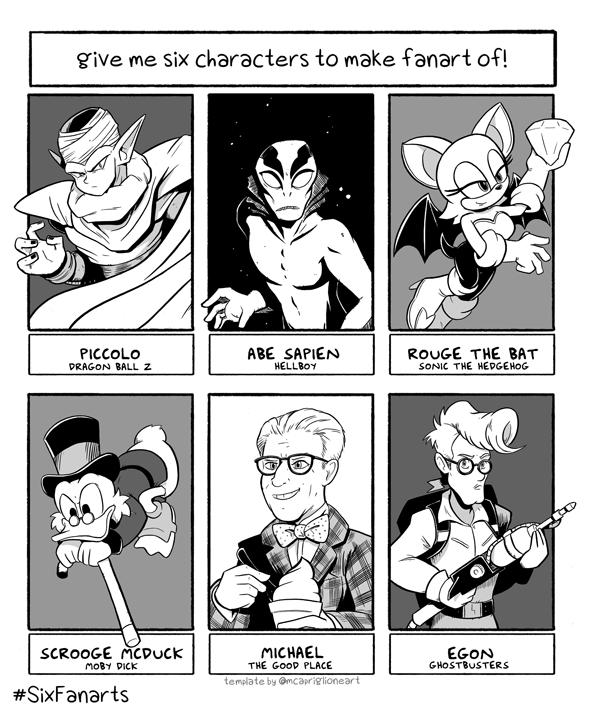 We return on Friday with our next comic and stuff. See you then, friends!