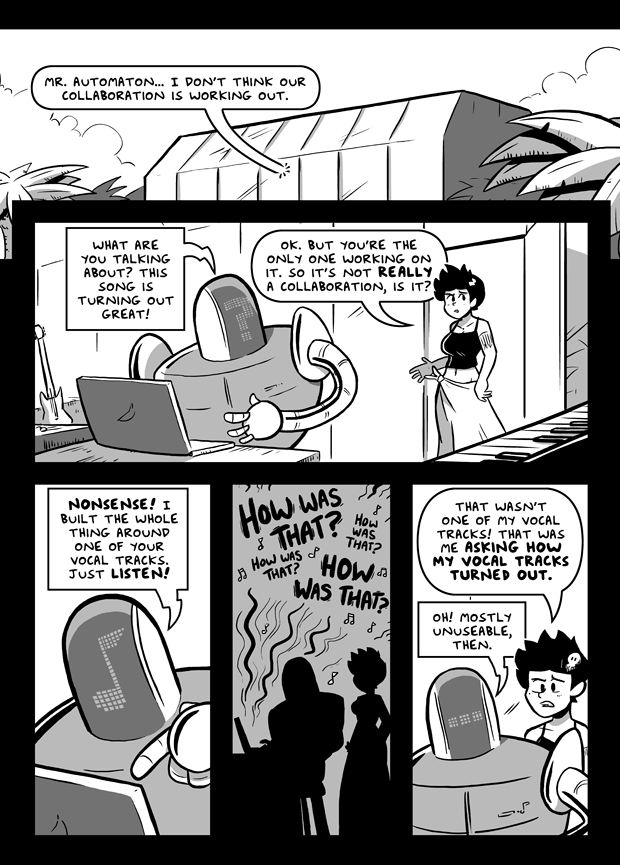 For those of you out there armed with Mario Maker 2, I've uploaded a couple more levels for you to try!

Lemmy's Cannonball Run (DLD-6MP-FKF) is a remake of my most popular level from Mario Maker 1. I tweaked the layout slightly and added a checkpoint to make it a smidge more forgiving.

The part with the treadmill and ghosts makes me laugh every time
DLD-6MP-FKF #SuperMarioMaker2 pic.twitter.com/izSEADTQgv

Yoshi's Demolition Crew (WCM-K3T-7WF) started as a remake of one of my older levels, but I wound up changing almost everthing about it. It still revolves around using Yoshi to carry fireballs and explode bomb blocks, but the obstacles between the blocks are almost completely different (and mostly snowball oriented).

Play my new level, where you must work WITH Yoshi instead of murdering him.
WCM-K3T-7WF
#SuperMarioMaker2 pic.twitter.com/pgz3bPoQdc

That's all for today, team! But come back on Friday for our next comic, and a new round of Q and A! (As always, if you've got a question for me, just pop it in an email with "Q and A" in the subject line.)