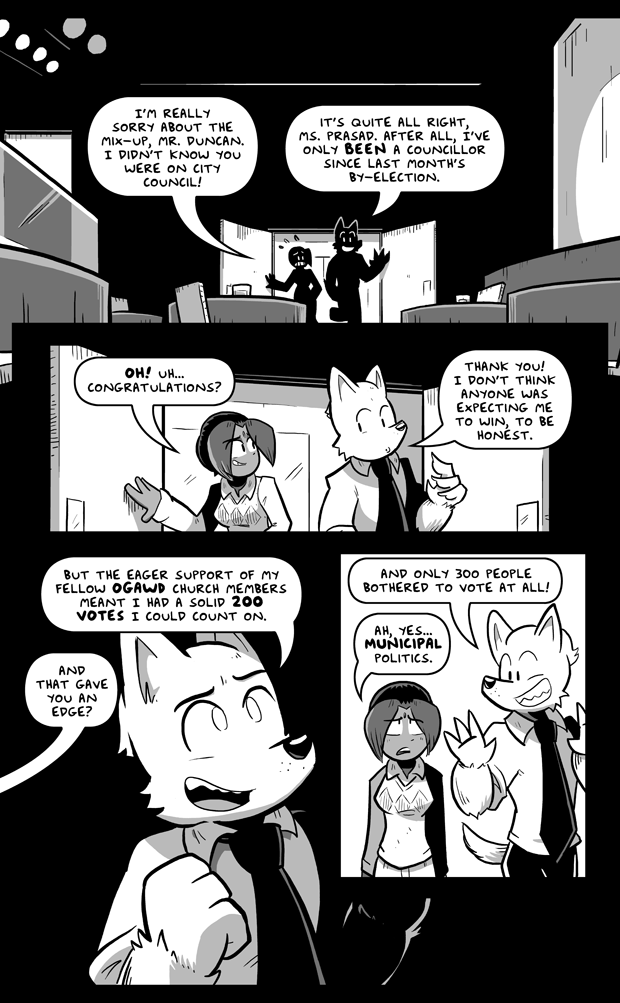 Municipal politics are important! It's where a lot of pressing issues are dealt with. (And also, pigeons!)

We return on Friday with our next comic and a new round of Q and A! As always, if you've got a question you'd like answered, just pop it in an email with "Q and A" in the subject line, or hit me up on twitter.

Keeping it brief down here today, since I'm feeling a little under the weather. But come back on Wednesday for our next comic!

Sam and Fuzzy Q & A:  Erin Edition
Got a question you want answered? Just drop me an email with "Q & A" in the subject line!

"How is Erin Cooper? Last time we saw her, she and Detective Morris seemed to be in a good place in their lives (finally). We know Rebecca is safe (thanks to Mr. Y), I hope Erin has finished the bartending program, but I'd like to know more :)" -Zoárd

Erin is doing well! I don't want to spoil anything, but I dare say, you may even see her turn up in the not to distant future.

But dang, it has been quite a while since she appeared in the comic... six years, I guess! I think I didn't realize that because I have occassionally drawn her for Patreon bonus art or pin-up stuff. Here's a piece I drew a couple of years ago of her and Rebecca attending a comic convention: 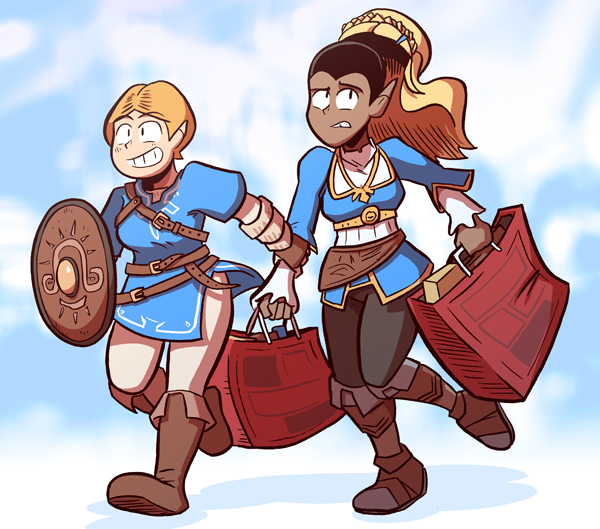 "Given it’s a holiday for those of us in the US, I wonder: does the Underground have any special holidays the surface world doesn’t celebrate? And how are they responding now that they’re being exposed to them for the first time with things out in the open?" -Dawson

I don't think there are any Underground-specific holidays, but there are definitely some unique holidays that are specific to particular inhuman species, or particular Underground cities. For example, the robots definitely celebrate the anniversary of the day Unit 01 was first activated!

"Have any of your books ended up in public libraries, maybe through libraries buying them, or through fans (or yourself!) donating them?" -Richard

I have donated books to a couple of the schools and libraries I have given talks at, but that's all I personally know about. I think it would be cool to see them in more libraries, though! It's hard to donate them to non-local libraries, because it costs a lot to ship 'em. (And also, I don't live in the same country as the one where the books are stored, haha!)