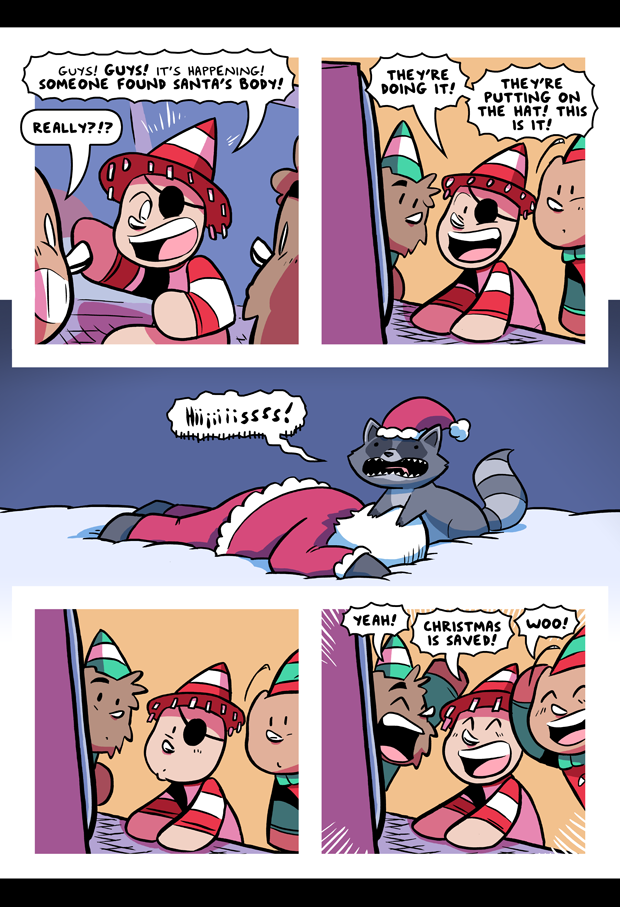 
Merry Christmas, Christmas celebrators! And a happy Friday to everyone else. Thank you for joining me here today for the finale of Clause and Effect. I had a lot of fun with it!

Next week, I'm taking a dang holiday. But I've prepared some special and unusual programming for you while I do so. Come by on Monday for the first installment!

Here is Wednesday's comic! You may be viewing it up to 9 hours early since, for some reason, my website backend has posted it early, and is now bugging out and won't let me take it back down. So, uh... happy potentially early comic reading day!

We will return on Friday for the final installment of the Clause and Effect saga. And also some holiday or something. See you then!