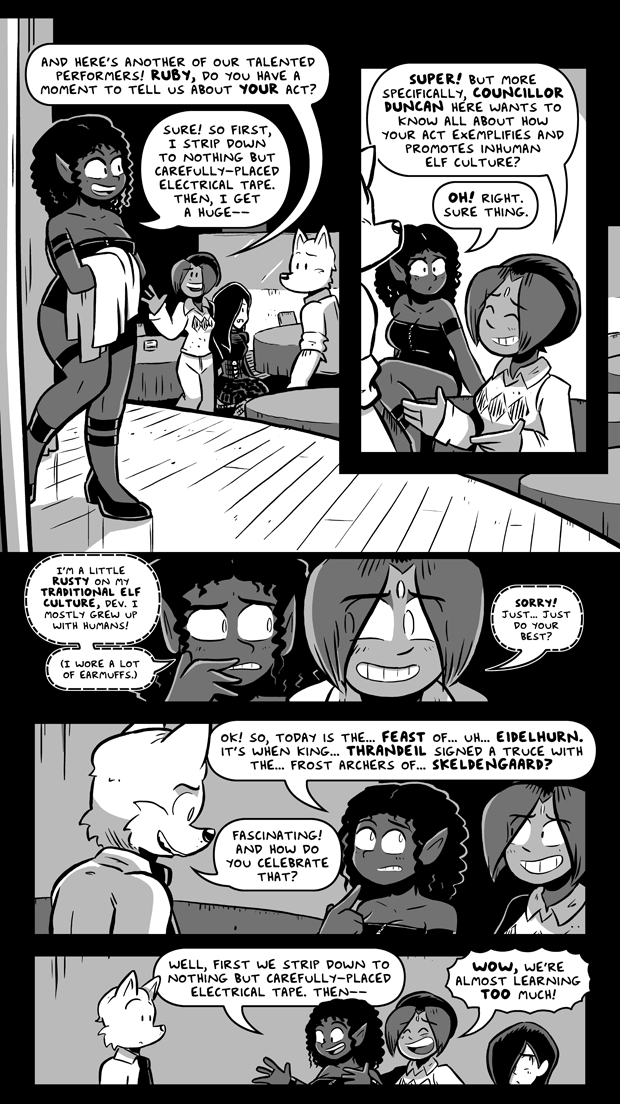 And yes, you can also get the complete series set! 7 huge hardcovers in three glamorous slipcases. I will take any opportunity to tweet about how pretty these are: pic.twitter.com/6HMJca2Xhz

Come back on Friday for our next comic... and also,  our traditional Friday Q and A column! If you've got a question you'd like me to answer, just pop it in an email with "Q and A" in the subject line. (Or tweet it at me.)

In case you were looking for a reminder, Cynthia first appeared (and described her relationship status) back in this comic. (I realize it has been a while, especially with the Christmas break!)

We return on Wednesday with our next comic! Meanwhile, if you're backing my Patreon, a new month's worth of bonus art and other goodies are available now! (As well as some fun new NSFW art and comics for Saucy Hippo tier backers.) Check out my Patreon site for more information! 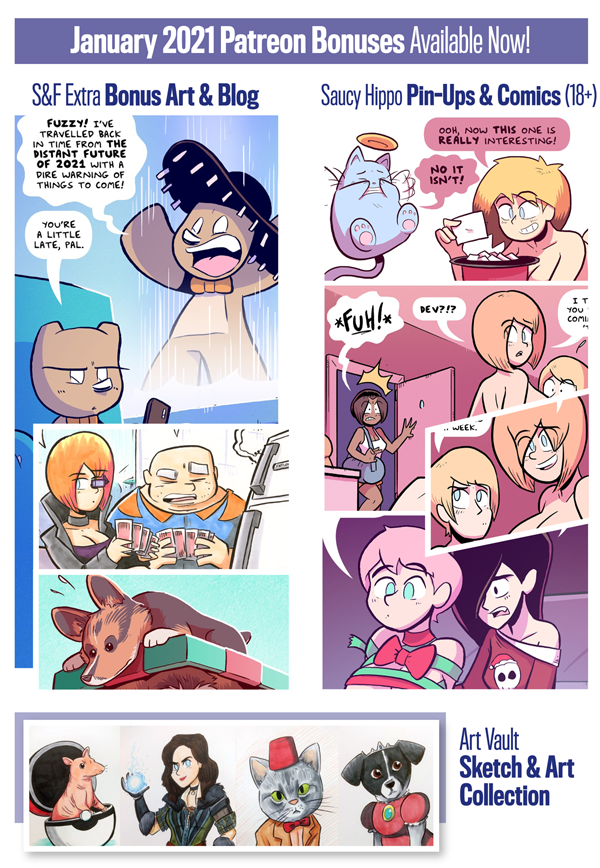