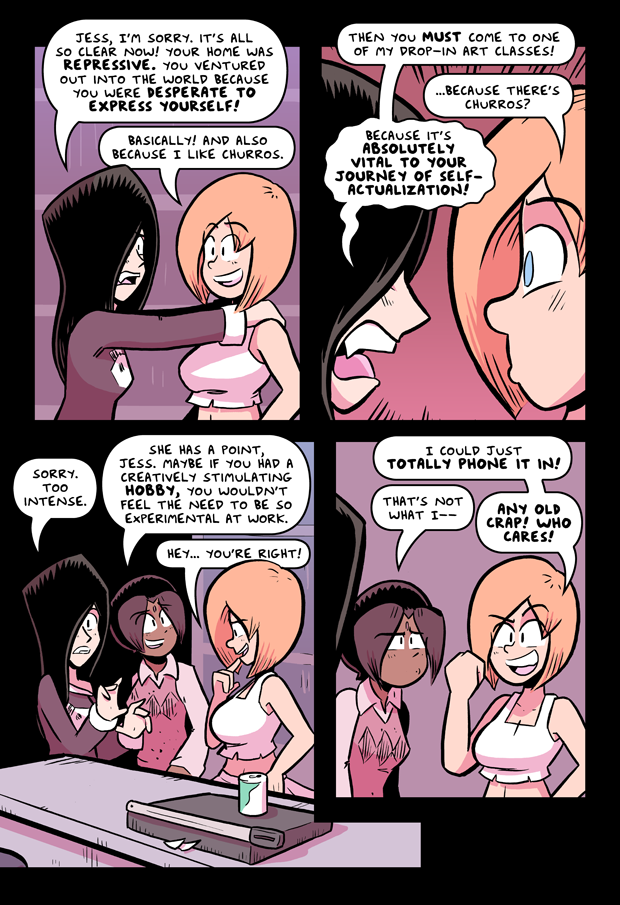 All right! We return on Friday with a new comic and and a new round of Q and A! If you've got a question you'd like me to answer, just pop it in an email with "Q and A" in the subject line. (Or tweet it at me.) See you then!

For those who don't remember (or never knew), Shapeshifting Slug society is very insular, very practical, and very discouraging of individual identity. Most of the shifters who leave their underground homeland do so because they want to explore the world and develop a unique identity for themselves. It's something I actually got to dig into in the "universe guidebook" portion of the Underground RPG! (Which is available as a physical book here or a digital PDF here!)