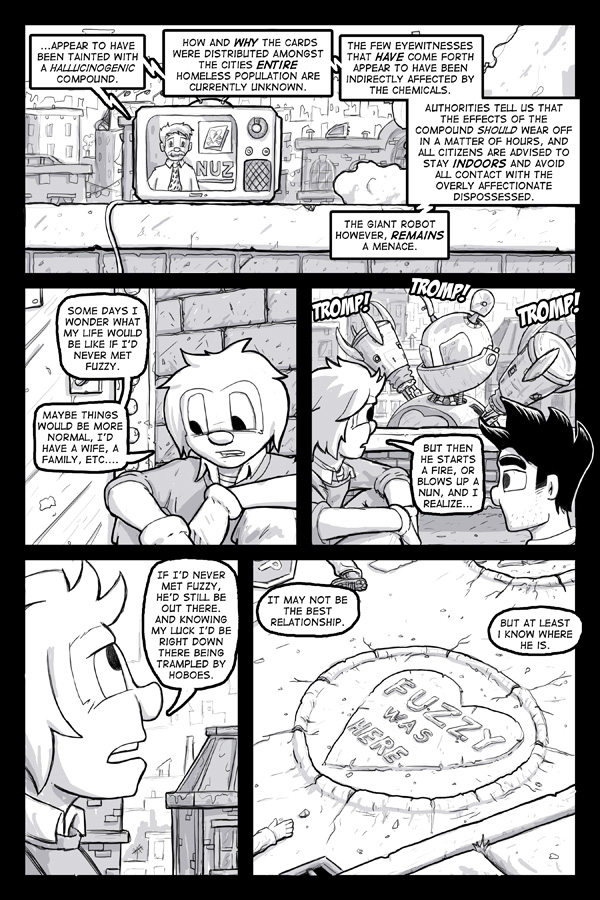 This guest strip is actually the first comic of Eric's to make it online in the last little while! A year or so ago, Eric was known primarily for Radioactive Panda, but since it wrapped up he's been on a bit of a creative hiatus. Comics like today's guest strip remind me of why I'm still eagerly awaiting his next big project.

Tune in on Tuesday for our next guest strip! Warning: contains colour. (Ahhhhh!)

Rob and Elliot is a comic you can always count on to a) be hilarious and b) look really nice. Clearly, Clay and Hampton know what they are doing, and it's great to have them on board for this year's O-GAWD.

Our second and final week of guest strips starts on Monday. Until then, have a lovely weekend!


Well, now we all know what Jeph has been thinking about! Remember, folks, guest strips are not in continuity. Except for this one.

Today's comic, brought to you by my infamous comicing arch-nemesis, continues our longstanding tradition of completely desecrating each other's characters. If you ever visit us at a convention, you are almost guaranteed to see some severe Fuzzy/Pintsize violence. (Heck, violence if you're lucky!)

Another guest strip arrives tomorrow! See you then.