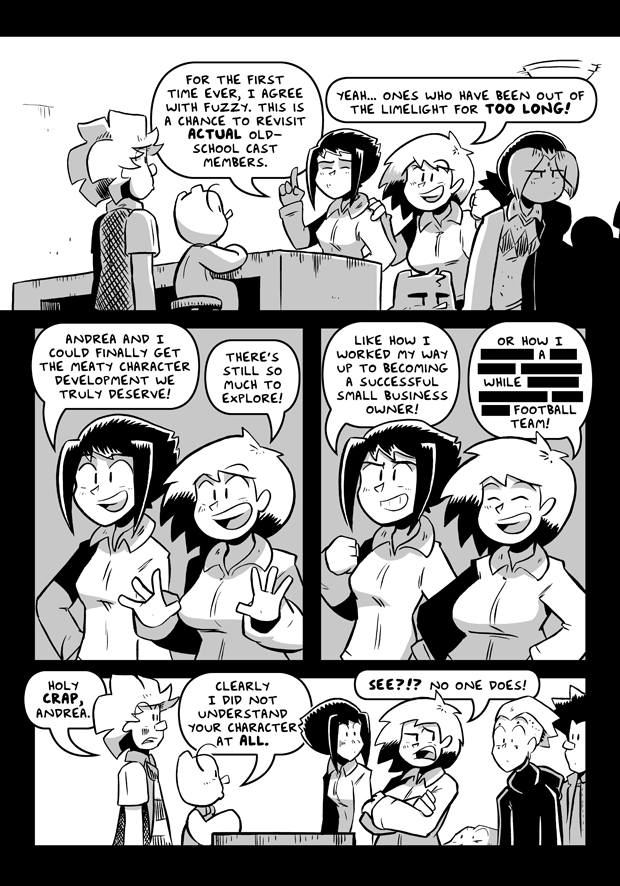 Whoops! Here's tomorrow's comic, one day early! (If you are reading this on Tuesday, anyway.) I accidentally set it to post a day early, and I don't really have time to fix that mistake right now, as I am currently in frantic packing mode getting ready to leave for ECCC. So, uh... enjoy! And come back on Friday for our next comic.

And speaking of Emerald City Comic Con... I'll be there! If you wanna come say hi, I'll be hanging out at the Topatoco booth on the skybridge. It is nearly in the same place as previous years... it's just on the opposite site of the skybridge now. Woo! 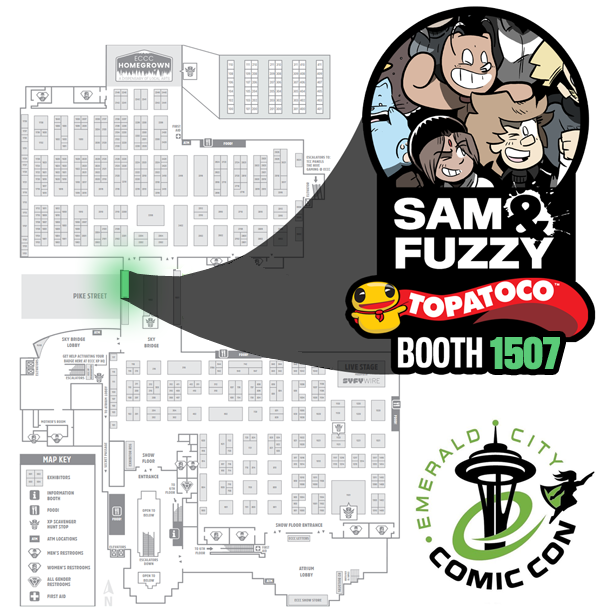 Sorry, Dev! But on the plus side, you're in more of my newer comics than either of these two.

I will be at Emerald City Comic Con this week... my last con appearance of the year! I thought I'd be skipping this one when they dropped their masking policies, but fortunately, they've brought 'em back. (I'm not doing any shows this year without mask policies... that's my line for now!)

Come back on Wendesday for our next comic! 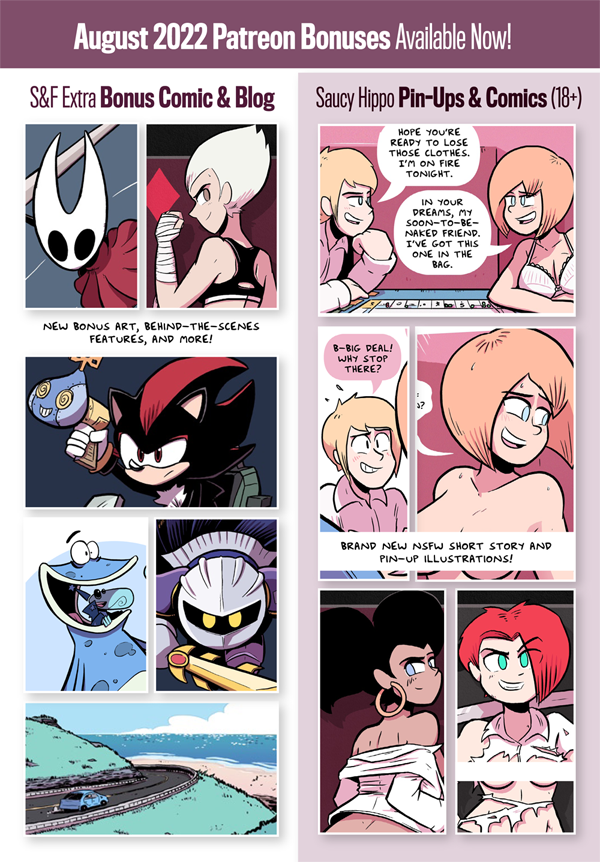 Our current story was created as a fun little way to celebrate the 20th anniversary of this here website! Yes, as hard as it is to believe, I have been putting comics up on this site for a solid two decades now. Pretty wild, huh? It certainly feels wild to me.

Anyhow, come back on Monday for part 4!