It's Webcomics Baffler Fortnight over at Chris Yates Studios! Chris has putting his considerable puzzle-making talent toward crafting new one-of-a-kind works based on the art of your favourite webcartoonists. Rumour has it there may even be a Sam and Fuzzy themed Baffler among the works next week. I will keep you posted! (Keeping an eye on twitter is probably your best bet.)

In other news, my webcomics comrade and all around swell dude Dave Kellett has a book that has been nominated for an Eisner award. And to celebrate, he's put up a free PDF of the whole thing. If you want to see newspaper-strip-style comics done right, I highly recommend checking it out. (And if you're a comic creator of any sort, and you enjoy the book, consider giving it your vote!) 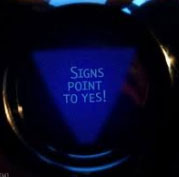