What a crazy San Diego! Things at the Topatoco booth were crazier than ever. And of course, at the same time as I was meeting readers there, I was managing the Omnibus kickstarter, which has also gone crazy! We are now over 100k, with a crazy new ending secured and a bunch of other wild stuff coming down the pipe. Yow!

Something else cool that happened at Comic-Con... Shiftylook announced the new webcomic that Shannon and I will be making for them! It is based on a pretty obscure old title, Tower of Babel, and they've given us a lot of freedom to reinterpret it into something really cool! Shannon is writing it and I am drawing it, and we're really looking forward to sharing it with you all later this year. But in the meantime, here's a peek at some of the concept art I drew of the core cast:

All right! Time to rest up for the trek home. See you on Wednesday, team! 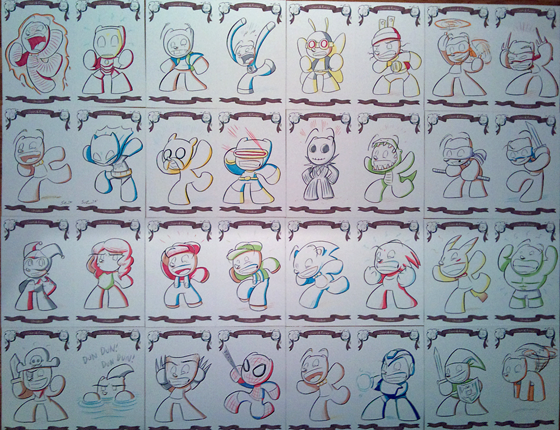