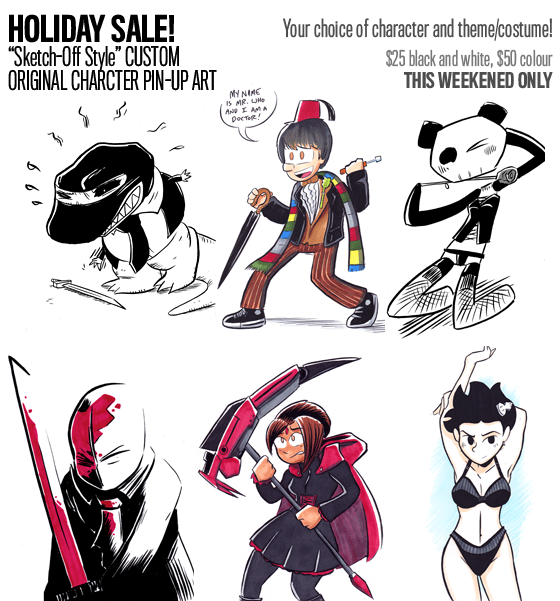 Commander Chambers, of the Erasers! First seen here, last seen here. (I mean, until we saw her right now.)

Question: if I had an online marketplace where I could sell inexpensive digital download goodies, what kind of goodies would you like to see me put in it? Old, no-longer-available book club wallpapers? Short original side-comics? Digital sketchbooks or art books of my doodles, pin-ups, illustrations or other art? Sound off, either on twitter or by email!