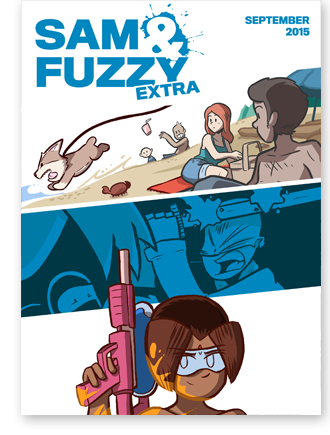 Thank you for a great time once again, Fan Expo! I met a ton of readers old and new, brainstormed terrible puns with my boothmates Peter and Aaron from Rock Paper Cynic and Big Simple Comics, and even obtained an elusive Rosalina amiibo with the help of a mystery con attendee. Truly, it was magical.

Today, I'm working my way through the somewhat-less-magical world of airports and airplanes. But I'll be home soon! And we'll be back on Wednesday with the next page of our story. See you then!