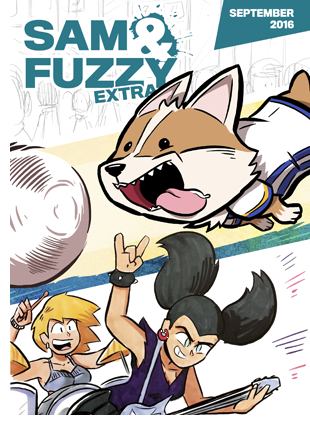 Woo! I am knee-deep in Fan Expo madness! If you're at the show, come see me and my pals Peter and Aaron at booth 541. We have tons of cool stuff... and if we don't have what you want, I'll draw it for you! What a system.

Bonus tip: if you're going to be at the show on Saturday, wish me a Happy Birthday (yeah, it's really my birthday!) and get a free surprise. POW