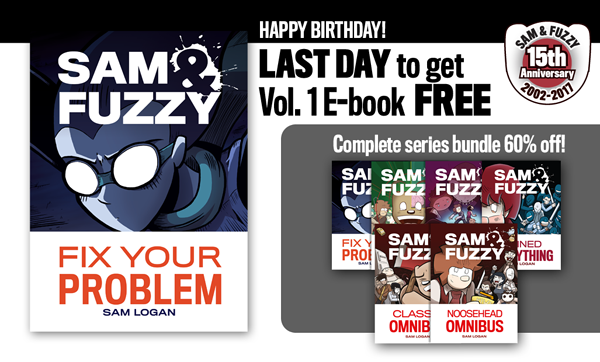 Thanks, everyone, for all the kind anniversary wishes! Lots of folks have been taking advantage of the free Vol. 1 ebook / cheap ebook bundle special we're doing, which is awesome. I mistakenly said it would last until "April 6th"... I of course actually meant June 6th, which I'm sure most of you assumed. That's next Monday, so have at it!

In other news, let's all look at this beautiful animated promo my pal Tyson Hesse made for the new 2D Sonic game, Sonic Mania! Tyson's take on Sonic is basically my favourite version of the character... he has so much personality!