A new week is upon us! And with it comes a new comic. (That's Hazel and Fuzzy in the ninja and Buddy Bot costumes, in case you forgot. Ha!)

Meanwhile, I am still knee deep in Anime Expo until Tuesday afternoon. If you're at the show, come by booth 4018! You'll find a lovely map graphic in the newspost directly below this one.

We return on Wednesday with a new comic! See you then, team.

Hey hey! Any of you fine folks going to be at this weekend's Anime Expo in Los Angeles? Because I am!

If you're going to be at the show, you can find me hanging at the Topatoco booth (Booth 4018), along with my pal David from Wondermark. I'll be drawing and signing stuff, and I hear there will be a wide selection of Sam and Fuzzy paraphenalia at the booth... including the new books! Hope to see some of you there. 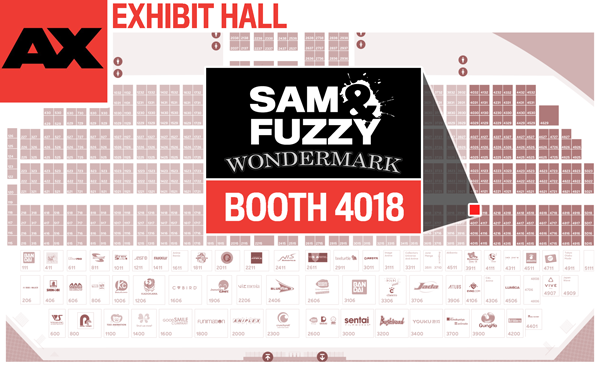