It's Valentines Day, friends! And with it comes not only a new Sam and Fuzzy, but also the new issue of Invader Zim that I wrote! (Which you can learn all about in our previous newspost!) You can nab the later at your local comic store, or digitally via Comixology. S&F and Invader Zim... a true OTP! Or something.

Where baby Rexfords come from

Team! I'm afraid I didn't have time today to put together a Q and A feature for today. I hope you'll forgive me!

But I do have a new comic for you, of course! Man, I bet you would be really worried if you came here on an update day and that didn't happen. Come back on Monday for the next one! 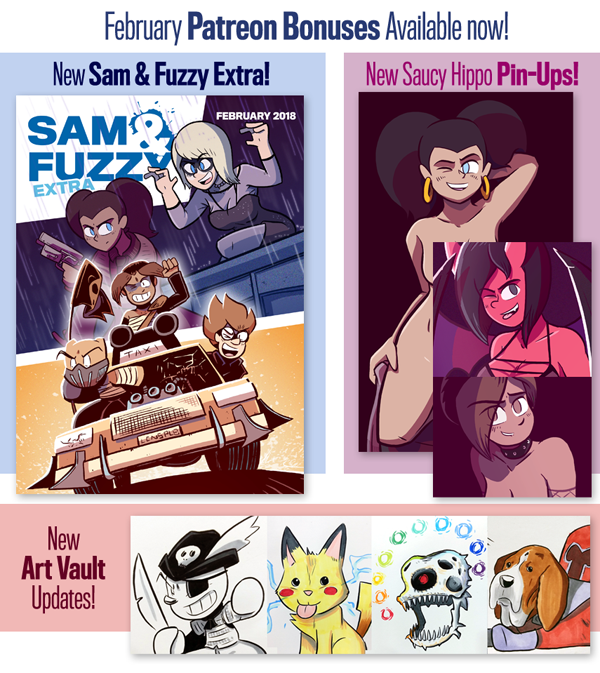