All thick and dull, all gravel and glass

I have returned from my snowboarding adventure with my friends Ashton and Chris. Thanks to Alteka for updating the site for me in my absence.

People are starting to get their I'm Communism shirts in the mail! I haven't gotten mine yet, but some folks have been nice enough to send me some photos. This one comes from Fallen's Aido. 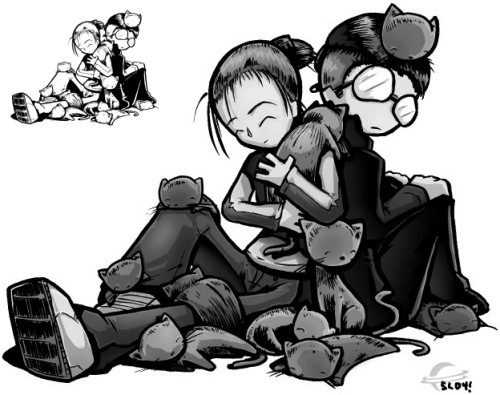 Their directive's tracking down your crime

I'll be out of town the next few days, trying my hand at snowboarding. Hopefully, it will go better than the last time I went snowboarding, which no one is allowed to talk about ever again.

Though I won't be here to do it myself, Friday's update should go up without a hitch thanks to some chron-something-or-another that codemeister Ashton whipped up with his ungodly powers.

All I'm Communism shirts have shipped!