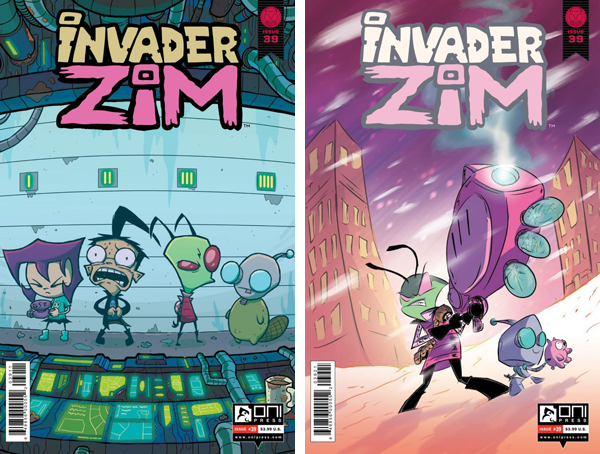 Sam and Fuzzy Q & A:  Sam and Sam Edition
Got a question you want answered? Just drop me an email with "Q & A" in the subject line!

"In Aid and Abet, did Sam set Rikk up? That is to say, did Rikk really set bombs of blood or did Sam frame him?" -Benjamin

Rikk really did set those blood bombs! At the time of that story, I don't think Sam's the kind of man who'd be willing to do something quite as over-the-line as framing Rikk. (But ironically, the man he is by the end of that story was probably much more willing to consider that sort of thing.)

Just as a side note, I really like that chapter! I think it's an interesting moment in both Sam and Dev's character arcs, and I really enjoy writing Tats and Nicole as a couple.

"You've mentioned in the past that the Sam character is not meant to be based on you. In what ways do you think of Sam as being the most different from you, or the most similar? And is there a character who you think is a lot like you?" -Amy

For those who didn't already know, it's true... the Sam character is not meant to be based on me. His name and design (as well as Fuzzy's) were lifted and reworked from some comics I drew when I was a little kid. But everything else was made up from scratch to make him a good foil for Fuzzy. In hindsight, I wish I had renamed him to avoid confusion! After all, author avatar characters are such a staple in webcomics! I don't blame people for assuming Sam is meant to be one.

As far as how we're different, well... I like to think of how characters are shaped by their backstories. As a kid, Comic-Sam was a massive overachiever who worked his butt off throughout grade school to get top marks, and got a college scholarship as a result. But when he actually went to college, he struggled to keep up with the workload, and wound up dropping out. He lost a ton of confidence, and spent 7 years working in a job he didn't care about. By the time S&F began, he was tremendously introvertive and paralysed with indecision -- uncertain of what he wanted to do or who he wanted to be. And so much of the comic has been about him exploring that, and finding his purpose!

But when I was a kid, I knew exactly what I wanted to do: make comics and cartoons! So throughout gradeschool and university, I always settled for whatever bare minimum effort got me decent grades, and spent the rest of the time drawing. I drew probably hundreds of pages of comics during class (which some of my teachers hated and some were delighted by). I started the Sam and Fuzzy webcomic while I was in university, and after I graduated (with a degree in history), I balanced working on it with a job doing design and illustration for a children's magazine. So, while Comic-Sam has bounced between a lot of different jobs, I kinda zeroed in on one thing and did it forever.

I have a kind of stubborn personality and am a real creature of habit -- I find change very disruptive and nerve-wracking -- while Comic-Sam seems to be pretty good about adapting to new situations and living with adversity. I've never lived on the road. I've never had a room mate. I've had the same job for 16 years. I was also married when I was Comic-Sam's age (although I'm not anymore), and have spent most of my adult life in long-term relationships, whereas I don't think Comic-Sam has ever lived with a romantic partner or dated anyone for more than a year. And these days, Comic-Sam has grown into a very driven, self-righteous and ambitious dude who wants to change the world, while I've always generally been kind of an accomodating, don't-rock-the-boat kind of guy. Long story short, our life experiences are pretty different, and I think we are probably even less alike now than we were when the comic started!

I'm not actually sure what S&F character is the most like me! I think the honest answer is that little bits and pieces of me sneak into everybody. Like, I connect a lot with Conscience Cat's need to please everyone and feel useful, Dev's repressed and neurotic side, Hazel's singular focus, Bonus' absent-mindedness and forgetfulness, and Aaron's devotion to his pets. With Sam, I relate the most to the parts of his story about trying to run a business (and maybe a little bit of his superiority complex). But ultimately, it all comes out of my head, doesn't it? The challenge is to make characters who aren't like you, and get into the headspaces of others as best you can!

"Hey! Is that wolfman the same wolfman from way back in Edwin? How's he been doing?" -Dawson

I think so! And he seems to be doing well, doesn't he? The real question is, was he quarantined to the Underground by the Erasers sometime after he was transformed? Or did he manage to live above-ground, under the radar? We may never know...