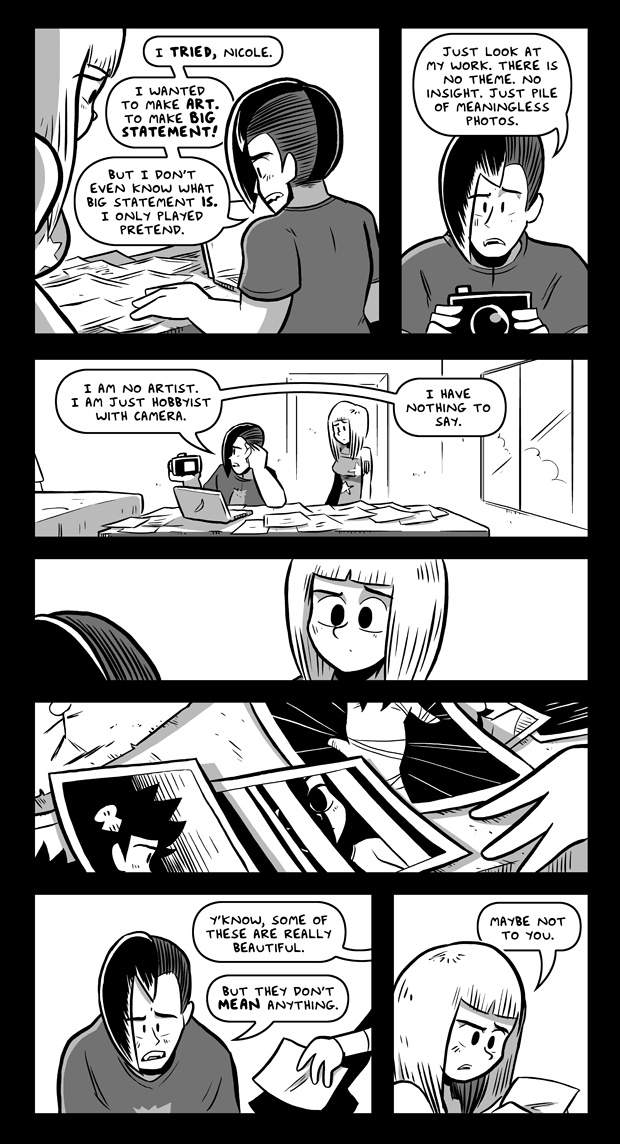 I know many of you are deeply, deeply invested in the ongoing sales battle between the two versions of my new Meow Meow shirt. Which one is more popular? The one that says "PAY ATTENTION TO ME: Meow Meow Meow", or the one that just says "MEOW MEOW MEOW: Meow Meow Meow"?

Well, the answer seemed clear pretty quick. "Pay Attention" outsold "Meow Meow" by a rate of 3:1. It did so for several weeks! Case closed. Or so I thought.

But friends, I just rechecked the data yesterday, and I have to share a shocking development. A twist so startling, so unexpected, it has challenged everything I thought I knew about the world. "Meow Meow" is now outselling "Pay Attention", and has for the past few weeks. As a result, they are now perfectly tied in total sales.

Why did this happen? Well, I can't really know for sure. But it has to be said: the shift in popularity from the one to the other was quite abrupt, and aligns pretty much perfectly with when social distancing started.

In other words, yes... "Pay Attention to Me" was more popular when people could leave the house and wear it around other people, and "Meow Meow" is more popular now that people are stuck at home with their cats.

OK, OK. Maybe it's a coincidence. Still, it's funny enough that I thought it might amuse some of you to know!

Of course, both versions of the shirt are still available to order. Get whichever one you like best! Buck trends! I support your decisions. (And come back on Wednesday for our next comic!)

Sam and Fuzzy Q & A:  Sandwich Edition
Got a question you want answered? Just drop me an email with "Q & A" in the subject line!

"I am an aspiring novelist, so I have a question about the writing of Sam and Fuzzy. In the past, I know you have talked about making each individual comic meaningful in itself, while also carving out an overarching narrative. One of the things I love about Sam and Fuzzy is how you balance the character moments with advancing the plot. So how do you do it? How do you go about plotting Sam and Fuzzy so you can get those small payoffs in each comic as well as the big story payoffs? Also, has your process changed at all now that you are writing shorter stories?" -Nathan

I think after all this time, I probably just have a feel for it! But generally speaking, my personal rule is that serialized stories are most satisfying when every individual instalment feels like it conveys a complete thought that generates an emotional reaction from the reader. In the case of Sam and Fuzzy, that thought is often a joke, but it can also be a surprise or a shock or a moment of sadness.

In other words, each comic has to feel like it meant something, and the reader should by able to point at it and say "that's the one about _____". So even If I'm writing a scene that's going to take several comics to get through -- be it anything from a conversation to an action sequence -- then I try to identify the distinct pieces that make up that scene, and make each comic about one of those pieces in it's entirety. For example, Kate's big villain reveal takes three comics, but each one is about something specific: one comic explains who Kate is, one explains why she's thinks she can make Malcolm a star, and one explains how she plans to do that.

Of course, even I break these rules sometimes when there's something effect that I really want to achieve in the larger story that requires it. But as a general guideline, I think it serves me well, whether I'm writing huge stories or small ones!

Y'know, Daniel... I was never really big on sandwiches. But now that I am celliac and can't eat gluten, I literally never eat them. Ever! Most gluten-free bread is either bad or expensive or both, so I rarely even have it in the house. And when I do, I'm more likely to use it to make toast than "waste" it on a sandwich.

"Now that you have a bit more narrative space do you think you might do another collaboration along the lines of The Pitch? Or even just another O-GAWD?" -Thomas

I probably should! I've been feeling like another guest week is in order, but I was planning on saving it for the summer con season, when I was going to be travelling for several weeks! But now that the whole schedule for the rest of the year is up in the air, it's been hard to decide when I'm most going to need the break. We will see!

In this house, we will not tolerate those who speak ill of Mr. Booper.

We return on Friday with our next comic, plus a new round of Q and A! If you've got a question you'd like me to answer about whatever, just pop it in an email with "Q and A" in the subject line!