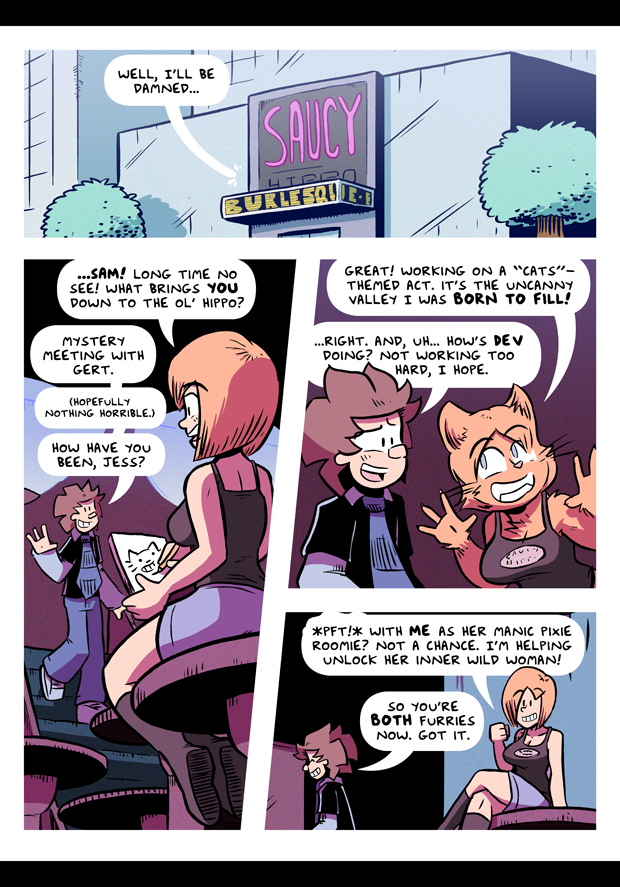 It has been a couple years since I first drew this comic for the Saucy Hippo Patreon, but I remember my goal was to make the game as stupid as I could, and to make the ninja themeing feel as painfully forced as possible.

In other news, just a reminder... I got to design a new pin for the official Gen Con Pin Bazaar series! My limited edition "Sneak Attack" pin is available exclusively in my online store. (And as is always the case with Gen Con pin bazaar pins, there are free bonus pins available to folks who collect certain numbers of this year's pins. Check out the Pin Bazaar page for more info!)

See you on Monday!