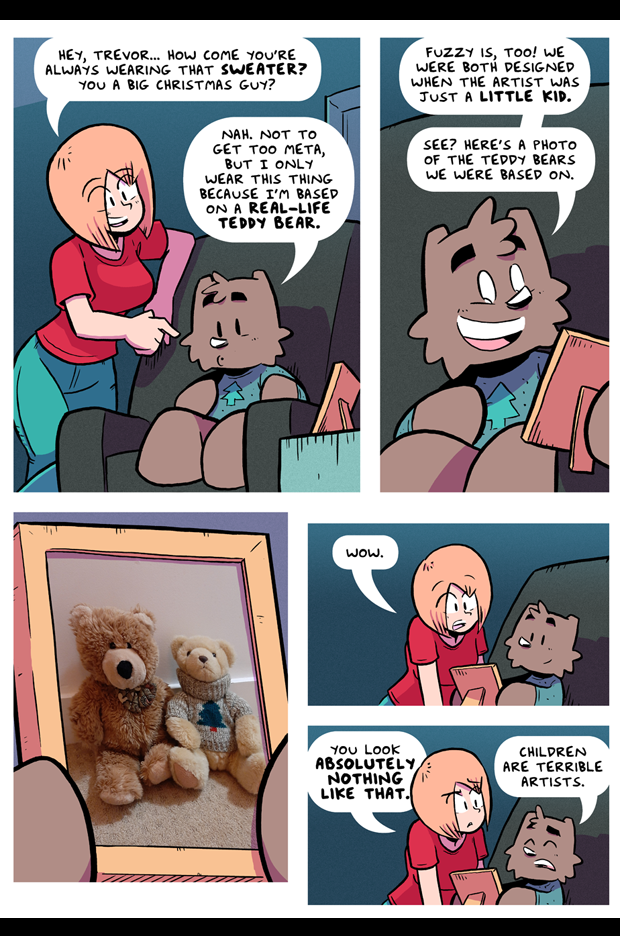 Happy 2022, everyone! I originally posted this piece on my Patreon to celebrate the new year. I would have posted it here, too, but I didn't want to interupt the Fuzzy Through the Years feature before it was finished. So here it is now!

Well, he had a good run.

All right, enough ancient history. See you on Monday!