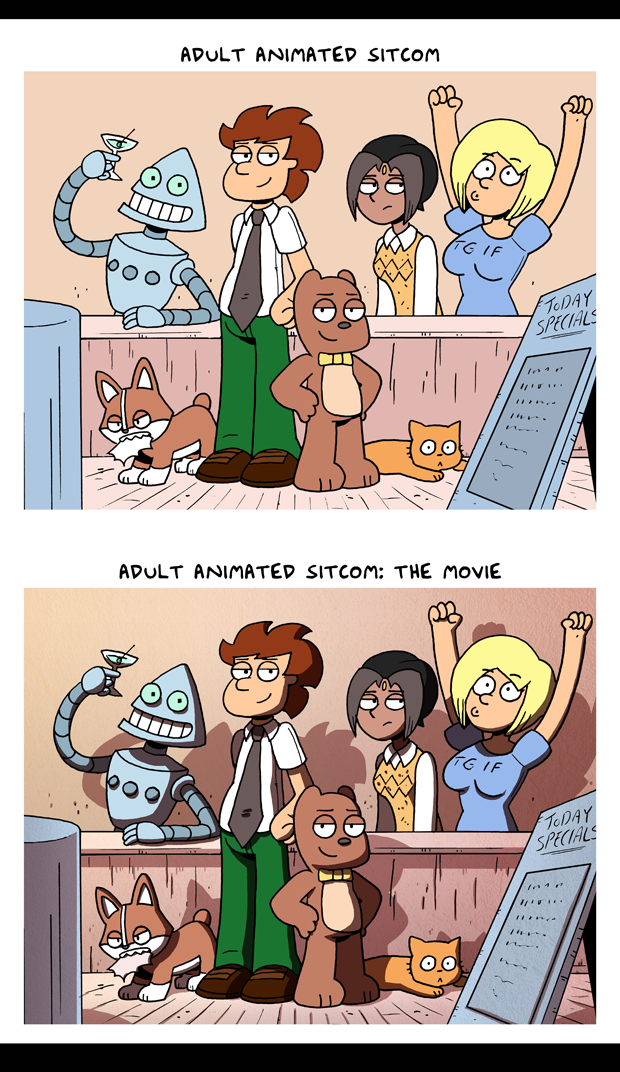 Wow, and we didn't even mention the Adult Animated Sitcom phase of Sam and Fuzzy during the Fuzzy Through the Years feature. What an oversight!

No serious slams intended here... I just think it's funny that an increase in budget always seems to come with a powerful singular directional lightsource. (Though, if we are being honest, many of my own colour comics comic with this same feature. Ha!)

Happy 2022, everyone! I originally posted this piece on my Patreon to celebrate the new year. I would have posted it here, too, but I didn't want to interupt the Fuzzy Through the Years feature before it was finished. So here it is now!