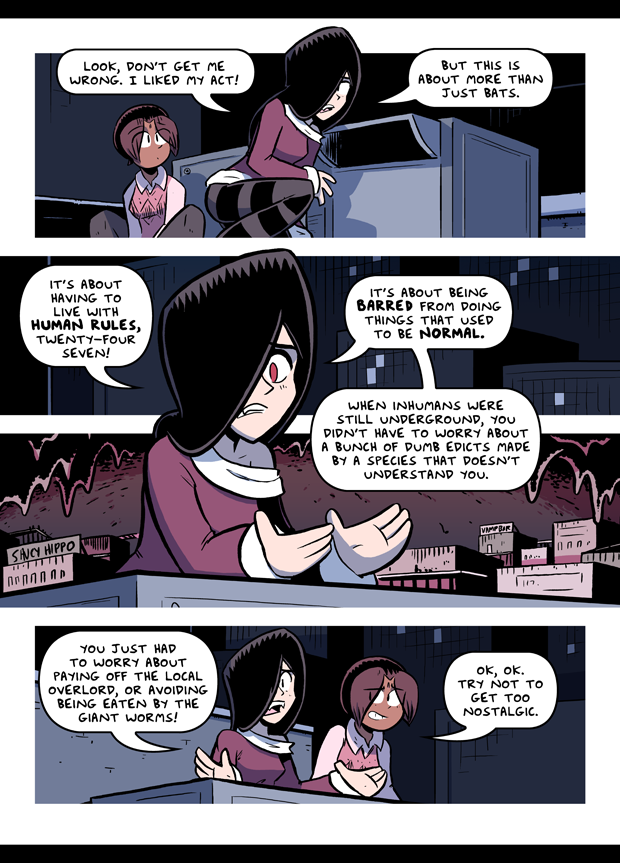 I took some time off the last few days to visit family, so I thought I'd run a little more alternative programming today before returning to Bats On on Wednesday! This strip was originally a Patreon bonus comic I ran a couple of months ago. (And no, you could not actually pay extra to uncensor it. Some things could just never live up to the hype!)

Today: a brief pause for some foolish nonsense. Bark bark!

Meanwhile... it is upon us! The big sale we've been having on my S&F omnibus collections wraps today. So if you'd like to score some of our big book collections or complete series sets, have at it!