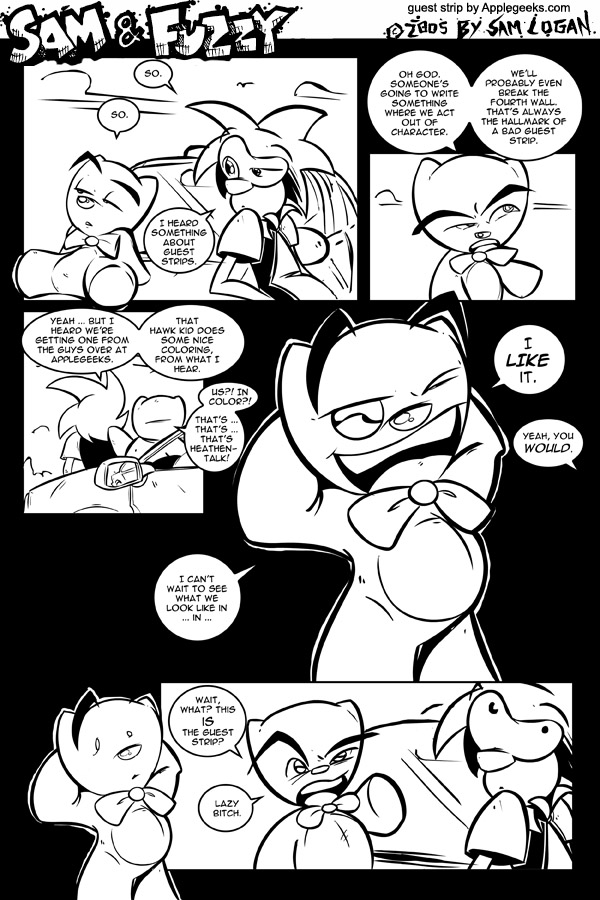 It was sweet of Ryan to do another guest strip for me. Sure, he's participated before. But after Rikk used my site to mock Ryan's cohort Welton, I wondered if we'd ever see Mr. Estoban's take on Sam and Fuzzy again. Fortunately for all of us, Ryan's not the type to hold grudges!

Monday was the first Boxing Day in ages where I actually found some good deals! For those who haven't heard of it -- and I'm thinking many Americans are in that boat -- Boxing Day is the day after Christmas, when retailers supposedly offer the biggest sales and discounts. Amazingly, this year I actually found a worthwhile sale and scored a slew of Invader Zim action figures at 50% off. Palisades scores big happy-Sam points for their craftsmanship and fanboy-like accuracy, particularly with Tallest Red and Tallest Purple. (They also get points for giving me a free Master Shake figure at Comic-con. Thanks guys!)