The shouting and waving of arms commences now 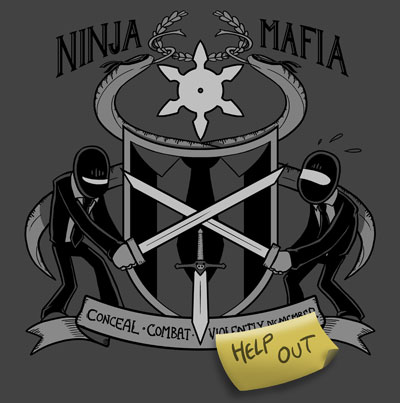 Exciting times: the innagural Vancouver Comic Arts Festival is only a bit over a week away! If you are going to be in or near Vancouver on the 26th or 27th, mark my words: you absolutely must attend this shindig. It is the law!

VanCAF is actually being organized by my wife, Shannon, who was sick and tired of hearing me and my comics friends grouse about how there wasn't a TCAF-styled free-to-attend comics festival in Vancouver. Fortunately for us all, she really stepped up to the plate, roping in an awesome slew of cartoonist exhibitors and guests to stuff into a really neat venue. And of course, the best is that anyone who wants to come can do so for free. (But be sure to bring some cash with you... there is going to be a lot of great comics and art on sale at this thing!)

From webcomics alone (because I know you guys like those), we've got my creator comrades from Questionable Content, Dr. McNinja, A Softer World, Wondermark, Boxerhockey, Tiny Kitten Teeth, Wasted Talent, Weregeek, Filibuster, Family Man/Bite Me, Three Word Phrase, and a ton of other online old hands and new talents. There are also a ton of super-talented folks from the print universe, like Camilla D'Errico, Nina Matsumodo, and Mike Deas. It's a pretty killer line-up for any show, let alone one in it's first year.

So Vancouverites and neighbours: come to VanCAF. Come for free! I only ask one thing of you -- please tell every human being you know about our show. And if you're coming, RSVP on Facebook to let us know! (It is hard to estimate crowd-size at a free show and we want to make sure we are prepared.) We don't have a huge marketing budget, but hopefully our awesome guest list and word of mouth will help get butts in the door and make this thing the success it deserves to be.