OK... I might have gotten a little carried away with today's comic.

Mailed off a bunch of original art from the Sam and Fuzzy Etsy shop today! There's still a few pieces left in there, if you're interested. I'll try to be better about making more originals available in there in the future.

All right! Back to work on the not-very-secret secret Kickstarter project. I want to be able to launch this thing soon!

Vancouver friends! I will be exhibiting at this weekend's Retro Gaming Expo. Come on by if you want play some classic games, snag some Sam and Fuzzy swag or get a drawing of your favourite dumb video game character. (Or if you just want to meet Charles "Mario" Martinet!) 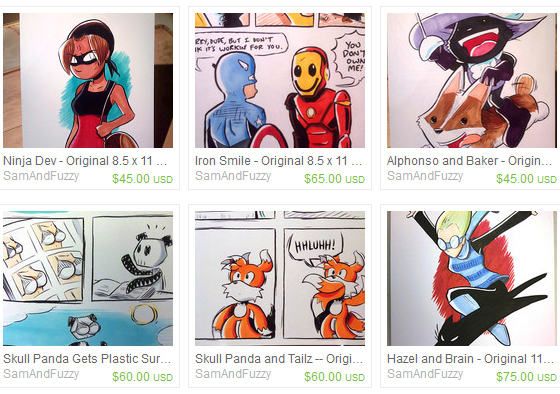